Music for Galway is delighted to present its Midwinter Festival GOLDBERG which will be streamed live from the historic St. Nicholas Collegiate Church Galway.

For their 2021 Midwinter Festival, Music for Galway’s Artistic Director Finghin Collins has chosen to focus on a single work, Bach’s masterful Goldberg Variations, inviting world class musicians to perform it over the festival weekend.

Dmitry Sitkovetsky‘s iconic string trio arrangement of Bach’s Goldberg Variations, created in the 1980s, is Music for Galway’s second choice of a more recent treatment of the work.

Each festival performance will be preceded by a short introductory talk from one of the performers.

It is fitting that Glenn Gould’s hugely significant 1955 film recording The Goldberg Variations – Glenn Gould Plays Bach is the fourth and closing event in Music for Galway’s Midwinter Festival GOLDBERG.

The film by Bruno Monsaingeon was shot in New York in April and May 1981 and brings us up close and personal with this exceptionally talented artist. 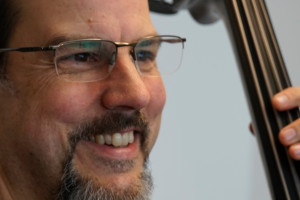