Cork Orchestral Society makes a welcome return with an exciting program for autumn/winter 2022. They are pleased to announce twelve spectacular shows taking place in venues across Cork city including a stunning pairing between Gavan Ring (Tenor) and Gary Beecher (Piano) on December 7 in the Curtis Auditorium.

Irish tenor Gavan Ring – “The agility of a gymnast and the vocal command of a sergeant major” Opera Magazine – joins pianist Gary Beecher, COS Emerging Artist 2021-22, for a performance of Schubert’s profoundly moving Winterreise song cycle, one of the supreme masterpieces of the genre.

The pianist Gary Beecher has a varied career as an accompanist, répétiteur, chamber musician and soloist. With a wealth of experience and having trained in both London and Ireland, Gary is a classical pianist who is also a versatile, accomplished musician across several genres of music; from classical, pop, jazz and musical theatre to Irish traditional music. Gary enjoys working as a répétiteur and has worked with Irish National Opera and Blackwater Valley Opera Festival among other opera companies. As a soloist, Gary was winner of the Irish Freemasons Young Musician of the Year (2014) and has recorded and performed as soloist and orchestral pianist with the RTÉ NSO, RTÉ CO, Camerata Ireland, Southbank Sinfonia London & Irish National Opera. He completed his MA at the Guildhall School of Music and Drama in London. He holds a BMus and MA from the Cork School of Music (Munster Technological University) and was awarded 1st class honours degrees and top overall performer awards from both Guildhall and CSM institutions. Gary currently lives in Cork and is a Lecturer of Piano and Contemporary Keyboards at MTU CSM.

Speaking on the launch of the new season programme Artistic Director of Cork Orchestral Society Tom Crowley of said: “We're looking forward to the launch of Cork Orchestral Society's long awaited 2022 Autumn Season. This will be a celebration of symphonic orchestral music, and we have pulled out all the stops! We begin with the National Symphony Orchestra, Ireland's largest professional symphony orchestra, making a proud return to Cork on September 24th with a captivating programme of Slavic music. This marks the first of no less than seven orchestral programmes we are excited to present in Cork before year's end. Another highlight will be welcoming the RTE Concert Orchestra back to City Hall (November 19th) where they will perform a world live premier of “The Burning of Cork Suite”, a recent composition by Cork composer Paul Frost. To mention that the season will include Handel's Messiah (featuring Cork Baroque Players and Madrigal '75) only now is a testament to the wealth of high quality orchestral music on offer this season. Our offering also includes two wonderful string quartet concerts with the Pirosmani Quartet and the Solas Quartet and a host of other musical treats.”

Published by bluemonkey on 16 September 2022 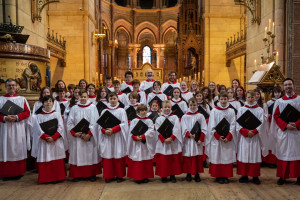 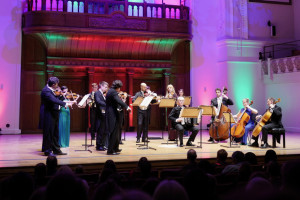