TWO PAIRS OF SISTERS TO GRACE THE STAGE IN TULLAMORE

The Tullamore Club Sessions is delighted to announce its first tantalising event after the summer break. While the season of traditional Irish music festivals throughout the country comes to a close, the midlands will come alive as a new series of concerts begins again at the Tullamore Club Sessions. The club is known and respected by fans of traditional music in the area as a bastion bringing only the finest acts and the highest quality of music and song to an intimate setting and an appreciative audience.
The upcoming event, which will take place on Friday 27th September at the usual location of Tullamore Rugby Club, will bring to the stage two pairs of sisters from two distinct musical backgrounds and two different regional styles. It is with huge excitement that the club invites the Ní Dhómhnaill sisters, Tríona and Maighréad, hailing from the deep rooted tradition of singing in the Donegal Gaeltacht, in collaboration with Michelle and Louise Mulcahy, members of the hugely talented Mulcahy family from Co. Limerick.
Maighréad and Tríona Ní Dhomhnaill scarcely need an introduction. They belong to a renowned singing family originally from the Donegal Gaeltacht. Their unique style and repertoire of traditional singing comes down to them through generations of the Ó Dómhnaill family. They have paved the way and broken boundaries of innovation over the past number of decades while remaining true to the tradition in which they are embedded. Tríona was a member of one of the most influential groups in Irish music, The Bothy Band, and she was also a founder of Skara Brae. Maighréad has released solo albums throughout the years which display her highly skilled and emotive style of singing. When both sisters come together, singing in harmony and in unison, accompanied by the expert piano and keyboard playing of Tríona, a musical bond rarely found except between siblings is to be witnessed. They have performed with Mairéad Ní Mhaonaigh and Moya Brennan as part of the very popular T with the Maggies.
The Mulcahy sisters, Michelle and Louise, are internationally renowned performers and multi-instrumentalists. Their solo albums as well those released with their father, accordion player Mick Mulcahy, are regarded as some of the finest to be released in recent times within the tradition and have been awarded and hailed accordingly. They have performed throughout the world and also at many of the great prestigious music festivals which make up the traditional music calendar here in Ireland. Their music is noted for being the 'pure drop', a natural and unadulterated style, which they play on a huge range of instruments including uilleann pipes, flute, harp and fiddle.
For this concert the siblings join forces, as they have done very recently at the Kilkenny Arts Festival, to explore their musical heritage in an unmissable collaboration between some of the finest talents working in traditional music today. This is due to be an unforgettable musical experience of the highest calibre and integrity.
The Club Sessions event takes place on Friday September 27th at the usual venue of Tullamore Rugby Club. Tickets cost €15 and can be purchased on the door although advance booking is recommended. For information contact 087 2661822 / 086 1677330. Doors open at 19:30 and the music will commence at 20:00. 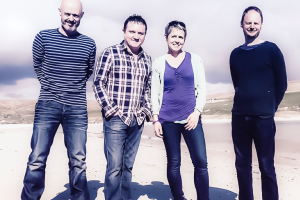