Singer and guitarist Sibusile Xaba is one of the most idiosyncratic figures in South Africa’s rich music scene. His live-streamed performance is juxtaposed with a video work by São Paulo quartet Quatarbê, who blithely eschew musical boundaries, and a concert by Mariá Portugal debuting at Jazzfest Berlin with a stellar cast of German improvisers.

Quartabê: “XXXX”
Formed back in 2014 by several members of the band led by Brazilian experimental icon Arrigo Barnabé, Quartabê has nonchalantly collided aesthetic approaches with beguiling grace and sophistication. The group – percussionist Mariá Portugal, clarinetists Joana Queiroz and Maria Beraldo, and keyboardist Chicão – have devoted their two albums to surveying and bringing new life to compositions written by, respectively, Moacir Santos and Dorival Caymmi. On the Caymmi record, the group abstracted lines and fragments of his pieces with wildly inventive arrangements, especially in the unusual blend of reeds, deftly blending improvisation, Brazilian rhythms, and translucent timbres with an arresting concision that belies the pop experiments the band members often engage in outside of this context. The group’s contribution to Jazzfest Berlin will feature the sonic lines and video of each musician playing on a separate screen – a symbolic gesture of physical separation imposed by the pandemic and an acknowledgement of Mariá Portugal living in Germany for the past couple of years – but unified in an ongoing musical pursuit.

Brazilian drummer, singer, and composer Mariá Portugal didn’t leave São Paulo empty-handed when she moved to Germany at the start of 2020, after being named Improviser in Residence for the year at the Moers Festival. She brought along tracks she had recorded with a small group of collaborators – both written and improvised material – and during the solitude of the lockdown she began assembling it all into the music on her excellent new album “Erosão”, a set of memorable, texturally rich tunes that showcases not only her strengths as a drummer, but as a singer as well. The songs tap into the modern sounds of Brazil, with shape-shifting arrangements that eschew fixed patterns as well as improvised passages transformed into essential compositional elements. Portugal made her name as a member of Quartabé, a São Paulo combo that has delivered wildly creative studies of singular Brazilian composers Moacir Santos and Dorival Caymmi, and new material by the group recorded and videotaped remotely will preface Portugal’s live set at Jazzfest Berlin this year. Some of Germany’s strongest improvisers, including saxophonist Angelika Niescier, tubist Carl Ludwig Hübsch, and electronic artist Korhan Erel, will join her in forging heavily improvised versions of songs from “Erosão”, stitched together in spontaneous order through additional layers of improvisation.

One of South Africa’s most idiosyncratic and unpredictable forces, guitarist and singer Sibusile Xaba, extends and warps the legacy of Malombo pioneer Philip Tabane and turns the Zulu troubadour tradition of Maskandi on its head. He is a virtuosic guitarist who persistently opts for less travelled pathways, unspooling clean-toned lines that tangle in sudden knots, unfurl in pulsating pointillism, and coalesce into biting, unusual harmonies. His voice feels less like an instrument than a force of nature, following or colliding his guitar lines with fractured verse, liquid grunts, and strangely intuitive scat-like rhythmic sallies. Although his melodic conception is totally his own, there is something in his sui generis amalgam that recalls the equally singular approach of the Bahamian master Joseph Spence. But despite his eccentricities, Xaba plays well with other, engaging in multi-layered improvisation exchanges with the collaborators bold enough to collaborate with him, such as Shabaka Hutchings who’s improvised lines meld beautifully with Xaba’s jagged phrasing on “Phefumula”, an 18-minute excursion on the guitarist’s recent album “Ngiwu Schwabada”. For his special Jazzfest Berlin performance, Xaba promises a new direction, switching from guitar to keyboards and fronting a 14-piece band with multiple percussionists and vocalists. 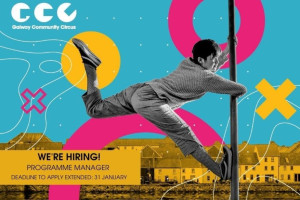