Luminosa Music is delighted to present ARCADIA (et in Arcadia ego). Three concerts, exploring the darkness and finding the light.

A carefully curated programme of music by Mozart, Britten, Janáček and Larchet.

Arcadia is a vision of pastoral bliss, a rural utopia.

‘Et in Arcadia ego’ is the title of a seventeenth-century pastoral painting by Nicolas Poussin in which several shepherds are gathered around a tomb. Literally translated as ‘And in Arcadia, there am I’, but more generally accepted to mean ‘And in Arcadia, there am I, Death’, the term has subsequently been adopted by many writers, composers and even a philosopher. The meaning of the phrase is ambiguous, but one interpretation is certainly the bitter-sweet admission that death and mortality are present even in the most idyllic state: it is part of what makes us human [and reminds us to live our best lives].

This relationship between idyll and death is a theme of Luminosa’s 2020 series of concerts. Tonight, the focus is on four works that were either written by young composers, or which have the energy and freshness of youth. Janáček’s Idylla (Idyll for Strings) was written when the composer was in his early twenties; Britten’s Simple Symphony is a re-composition by a twenty-year-old of music that he had written the best part of a decade earlier; Mozart composed his Divertimento in B flat when he was just seventeen; and although Larchet was in his mid-fifties when he made his arrangements of Two Traditional Irish Airs, listening to the piece one would scarcely know it. Yet alongside the light in these works there is also shade. The sombreness of the third and fifth movements of the Idyll; the elegiac quality of ‘The Dirge of Ossian’; the pathos of the Sentimental Sarabande of Britten’s symphony; the knowledge that the teenaged Mozart was almost halfway through his life when he composed the Divertimento—these are all present in tonight’s concert, too. ‘Et in Arcadia ego …’ 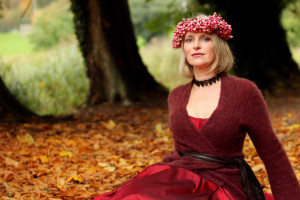 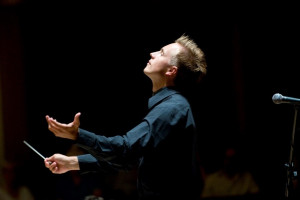