Irish artist Rory & The Island has just released his highly anticipated new EP “Centre Comes Together” on 28 October on new Irish indie label Voices of the Sea. His brand new single “Living The Dream” is also out now.

Rory & The Island is set to tour across Ireland this coming December and January, performing songs from the new EP and previous albums. Tickets are on sale now via https://www.roryandtheisland.com.

"Centre Comes Together" is the brand new 4 track EP by Donegal artist Rory & The Island, and is a direct follow up to "Centre Falls Apart", the album released by Rory & The Island earlier this year. The album received a fantastic reaction with 3 singles charting at Number 1 on iTunes Ireland, alongside RTE Radio 1 and Ocean FM making "Centre Falls Apart" their album of the week.

Speaking of the single and the announcement of the EP Rory & The Island said: ”I'm buzzing to release my new single “Living the Dream”, It's one of the strongest melodies I have ever written and I like the double meaning of the lyrics which casts a cold eye on the double edged sword that is Social Media. This EP also contains 3 leftover songs from my album sessions which I reworked, as they just were not right at the time.”

Recorded in Distant Studios in Yorkshire, the standout song of the 4 track EP is "Living The Dream" - a catchy satirical gem which gives a dark twist on how we are easily sucked into the false side of social media. Sonically it gives nods to The Beatles, The Divine Comedy, Phil Spector and The Ramones.

The EP also includes the track "Dreaming of a Supernova", a humorous song written about an actual dream Rory & The Island had about Liam and Noel Gallagher getting back together in an Irish bar.

Previous to Rory & The Island, Rory Gallagher was the lead singer and bassist with Irish Meteor award winning group The Revs from 2000 to 2007 - before relocating to Lanzarote where he and his wife opened The Island music bar. He and his family then moved to Scotland in February 2020 to open a new live music bar in Edinburgh, unfortunately they never reached their official opening night in March 2020 due to the global pandemic. During the lockdowns Rory & The Island gigged to a huge new online audience, which led to him playing sold out shows in cities all over Ireland and the UK and Ireland once restrictions were lifted.

After the lows of losing a live music bar in Edinburgh in the 2020 pandemic, Rory Gallagher is now opening a brand new one in his old stomping ground of Puerto Del Carmen in Lanzarote. Speaking of the new opening he said: "It's crazy to think at one point I was doing delivery driving for Amazon in 2020 and now I am able to release brand new music, tour and open another live music bar in 2023. It’s absolutely brilliant!". Rory's Corner Bar will officially open in late January 2023, on the sunny island of Lanzarote.

“Centre Comes Together” the highly anticipated new EP from Rory & The Island is out now on new Irish indie label Voices of the Sea alongside his brand new single “Living The Dream”. 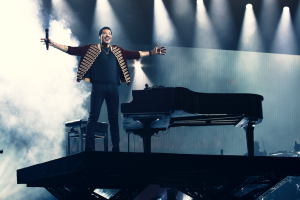 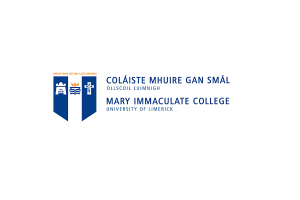