A placard at the Black Lives Matter march in Dublin yesterday.

'It's not just a black people problem, it's an everyone problem': Musicians Speak Out About Racism in Ireland

Artists such as Loah, Celaviedmai, Denise Chaila and UD have been posting videos and messages sharing their experiences.

In response to the murder of George Floyd by US police last week in Minneapolis, and the protests that have swept across American cities as a result, a number of Irish musicians have voiced their support for the Black Lives Matter movement and spoken out about their experiences of racism in Ireland.

Artists such as singer Loah and rapper Celaviedmai have posted powerful video testimonies on social media about everyday racism – from being subjected to racial slurs and having their experiences minimised to being told to ‘get out of the country’.

‘It’s not just a black people problem, it’s an everyone problem,’ said Galway hip hop artist Celaviedmai in her video on Instagram. ‘It needs to be talked about… being pre-judged as a black person happens daily.’

She spoke about how her nineteen-year-old sister, who is an essential worker during the pandemic, was subjected to racial slurs during work by a customer she was trying to help – ‘No-one did anything… I say this with so much hurt in my heart that people aren’t calling out racists … call them out.’

In a video on Instagram, Loah spoke about her experience in Ireland: ‘Racism is alive and kicking. If you have … people of colour in your life they have experienced racism – every single one of them, including [me]… a few days ago, someone used the n-word in my presence, directed at me. This is not a fairytale that we are making up.’ She continued:

This is something we face all the time… eventually a lot of black Irish people stop talking to our white friends about it because… it’s traumatic… [and] what we describe is diminished; people do not acknowledge what has happened and they play devil’s advocate. I don’t know why anyone would want to advocate for the devil but people do. There is a denial that … it even happened… that it was intentional. I understand that that comes from a desire to minimise the hurt. It doesn’t. It compounds it and isolates the person who experienced it.

Loah also spoke about the institutionalised racism of the Direct Provision system – which was set up as a temporary system to house asylum seekers but now has thousands of people in the centres – and called for it to be abolished.

Separately, the artist UD has been posting about the fact that the hip hop duo Versatile from Dublin has been asked to support the rapper Snoop Dogg in Ireland next February, although the act’s 2017 song and video ‘Dublin City G’s’ contains misogyny and racism towards black women. UD has also been challenging the magazine Hot Press for an article published last August that attempts to put the lyrics ‘in context’ and draws a comparison between the approach of the Dublin duo and the music of NWA, which was born out of the experience of racial oppression in 1980s California. UD is calling on Irish music promoters and the Irish music industry to stand up to racism in the sector.

Denise Chaila, who gave a celebrated performance as part of the Other Voices Courage series in May, has also posted about her experiences of racism in Ireland and the need for the Irish music industry to do more: ‘If you are white and want to know how to be an ally here it is: Speak. Learn. Confront. Affirm the truth being spoken. Make a point of being as public about your support as alt right Ireland is about its vitriol. Allow love to mean going out of your way to stand with us.’

Hozier has also been addressing the issue on social media. He wrote: ‘There is a cross-section of Irish nationalists, who are no doubt proud of Irish anti-imperialist history, dismissing or outright attacking the solidarity shown with black communities both here and abroad… If the brutality that Irish people faced at the hands of an imperial machine still causes you hurt, I’d encourage you to extend that sympathy to those who are still in that struggle.’

An estimated 5,000 people marched in the Black Lives Matter march in Dublin yesterday (1 June). The protestors marched from O’Connell Street to the American Embassy in Ballsbridge where they held a one minute silence for George Floyd. 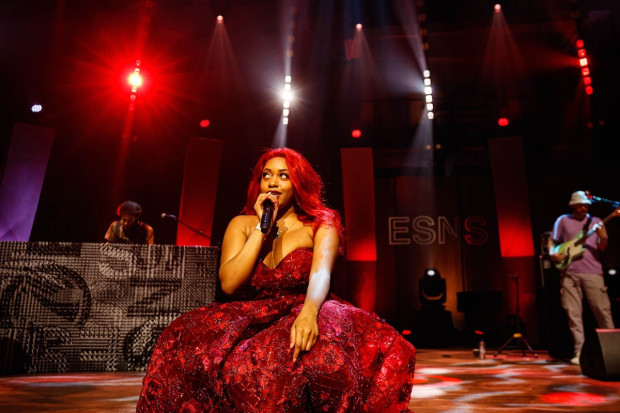