Seventeen-year-old violinist Julieanne Forrest, a sixth-year student at St Peter’s College in Dunboyne, Co. Meath, has been announced as this year’s winner of the Top Security Frank Maher Classical Music Awards. The prize is €5,000 which is to assist in the winning musician’s education and career.

Six finalists competed for the top prize in front of the judges. No audience was present due to Covid restrictions. Forrest, who studies at the Royal Irish Academy of Music with Fionnuala Hunt, performed two pieces, the third movement of Franck’s Sonata in A Major and ‘It Ain’t Necessarily So’ by George Gershwin, arranged by Jascha Heifetz.

Commenting on her win, Forrest said:

I was so thrilled to be able to perform live again, my first time since February. I am very grateful to Top Security for the opportunity and I am going to put my prize money towards a new violin. All going well, I will have auditions for college in Austria and the USA next year.

The awards, which were created in 2001, aim to showcase outstanding young musical talent in Ireland and are open to sixth-year post-primary students of strings, woodwind, brass and piano. The €5,000 prize must be used to attend a recognised place of tuition, a course of study in Ireland or abroad, or on a purchase necessary for the development of their music.

Previous winners have continued their studies in colleges and universities abroad, such as the Juilliard School, Shenandoah University of Virginia, Conservatoire Nationale Superieur de Musique et de Danse Paris, Kronberg Academy in Germany, the Meadows School of the Arts in Dallas, Texas, and the Royal Academy of Music in London. Former winners include pianist Kevin Jansson in 2018 and cellist Michael Murphy in 2019. 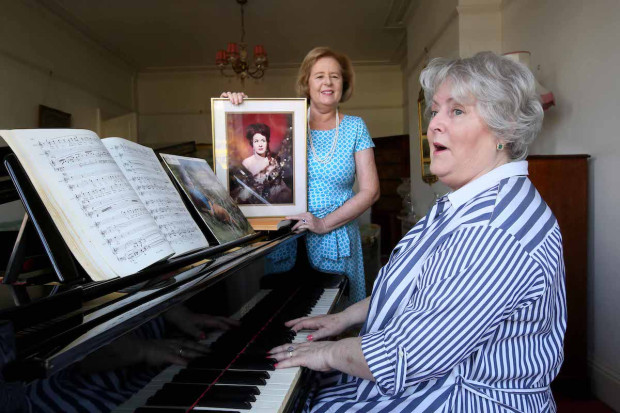 Veronica Dunne Room to Be Part of New RIAM Development
Piano and memorabilia donated to Royal Irish Academy of Music; family to establish scholarships in memory of singer.