The Irish for Alternative

An Taobh Tuathail presented by Cian Ó Cíobháin has been broadcasting since 1999, championing alternative voices late into the night on the Irish-language station RTÉ Raidió na Gaeltachta. Shannon McNamee reviews a 20th anniversary concert in Galway (3 May) featuring Mount Alaska and Ships.

An Taobh Tuathail began in 1999 as the broadcasting venture of Ó Cíobháin, promoting alternative music from Ireland and abroad, across and between electronic, disco, folk and rock. The 20-year anniversary was marked not only with the live show in the Róisín Dubh, but with two special programmes on 1 and 2 May featuring previously unreleased music from artists such as Cork electronic act Gadget and the Cloud, minimalist folk artist Deaf Joe from Waterford, and songs in the Irish language from acts such as The Jimmy Cake.

Something special
The first set of the night came from Mount Alaska, the Dublin based electronic duo of Stephen Shannon and Cillian McDonnell, former members of dance act Halfset. Their ambient, half-hour set eased the murmuring crowd closer together as more people spilled in for the electronic sounds. The RnaG crew in the corner picking up every note and broadcasting it live added to the feeling that something special was taking place.

Included in Mount Alaska’s set was ‘Triantáin’, a track specially written for An Taobh Tuathail’s 20th anniversary. A gradually intensifying hook lay above a soft, muted beat while an echoing motif recurred throughout. The pair were engrossed in their performance and silent until the end when a short thank you saw them leave the stage and join the crowd for Ships.

Retro synth
Synth-pop duo Ships – Sorca McGrath and Simon Cullen – played an extensive set of tracks taken mostly from their 2017 debut Precession. The album won them the RTÉ Choice Music Prize for best Irish album of the year and is an absorbing homage to the 1980s when synth ruled all.

They began with ‘Another Way’, a track which slowly, steadily builds in sound and density, additional layers being introduced every few bars. Cullen takes the lead on vocals, with the melody on synth, and his voice melding and echoing out in harmony. Towards the end, a repeated hook in synth perfectly emulates the almost retro synth-pop style. McGrath and Cullen’s stage presence is subtle but confident, each of them switching between the many layers and switches in their kit, plus singing and playing guitar and bass.

Although advertised as part of the concert, Galway-based singer Anna Mullarkey did not perform, which was the only disappointment of the night. Mount Alaska, and Ships especially, exhibited meticulous performances of electronic music, both quite different in style. An Taobh Tuathail has always been about promoting unique and alternative music, different to the status-quo radio play. Considering Ó Cíobháin has now been on air for 20 years, it’s well past time for Irish mainstream stations to become more adventurous too. 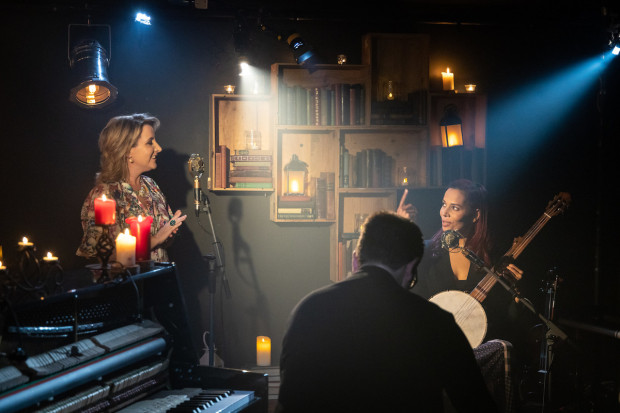 The Freedom of Finality
Jake Tiernan
In his latest review for our Galway City and County Music Writer Mentoring Scheme, Jake Tiernan reviews the final concert by rock quartet Otherkin as part of their farewell tour.
Jan 16, 2020