When two string players and what looked dangerously like a percussionist came out on stage at the Cherrytree in Walkinstown with the piper and the fiddler, I’ll admit I felt a little tremor of pessimism. Friends had just been singing the praises of piper John McSherry and fiddle-player Dónal O’Connor. Would there be any chance to hear them properly? Was this going to be another two-hour high-speed car-chase masquerading as musical experience? Well, we did get to hear them and the car-chases were rare and well-choreographed.

The good news is that At First Light don’t do the obvious. What they play shows that they are not a random collection of individuals. There is a worked-out sense of what the group is about, a set of music values behind the arrangements. Guitar (Alan Burke)and bouzouki (Rubén Bada) are in constant dialogue with each other or with the other instruments; Francis McIlduff’s bodhrán is used for discreet emphasis, when the Asturian pipes are not in play; individuals play with an awareness of overall shape. A fear of boring the audience underlies a lot of traditional group-playing today; At First Light trust their audience. This is not a helter-skelter rush to the bargain counter on the first day of the sales; instead, the customer is invited to stroll around the shop, to take  the product in hand, to tap it and feel its weight, to hold it up to the light. So we get, for example, winding intros on the low whistle, subtle upping of the tempo, ever-shifting instrumental combinations and accelerations that exhilarate because they are the culmination of a musical process.

The variety of music played is also impressive: a good spread of jigs and reels, and trips to Jutland, Brittany and Guatemala. Did we need soft keyboards behind one of the airs? Perhaps not. Did we get enough of naked fiddle and pipes? Perhaps not. But why carp? Dónal O’Connor’s bowing is beautifully economical, a pleasure to watch as well as to listen to, and John McSherry’s piping is a perpetual delight. The full-voiced singing of Alan Burke does not exclude a certain Andy Irvine-ish sinuosity of line; comfortable in both Irish and English, he also commands both the soulful and the raucous.

The Cherrytree may not yet be on everyone’s map, but the audience for At First Light knew they were in the right place on the night. 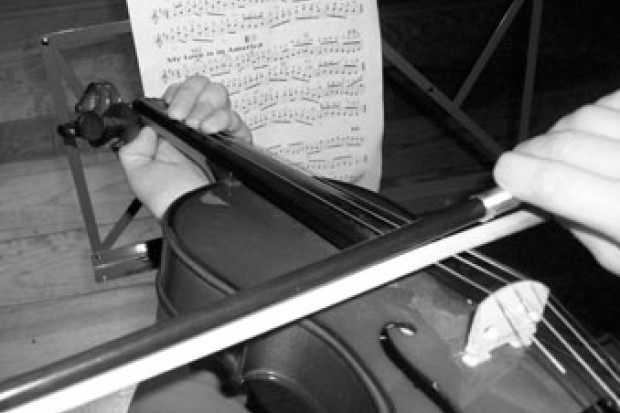