Saint Sister at the NCH

Euphonic and empowering – Saint Sister's headline concert at the NCH was another major milestone for the duo, writes Ruth Cronin

Formed only in 2014, Saint Sister is the collective moniker of atmos-folk duo Gemma Doherty and Morgan McIntyre. December 2015 saw my first encounter with the pair at their inaugural headline show in Whelan’s. Since then, I have seen them develop in performances at Body & Soul and Dublin’s Unitarian Church. The duo boast an impressive track record so far. Before embarking on a European tour supporting Lisa Hannigan this spring, they had already performed at Other Voices and BBC Introducing’s stage at Glastonbury. They have received high praise from the media and even Hozier, and boast a nomination for song of the year at the RTÉ Choice Music Prize awards last year. Having only released two EPs during their short existence, these are impressive achievements.

Saint Sister transforms an eclectic mix of influences, including early Irish harp traditions and electronic pop, into one modern, cohesive sound. Their music is a blend of dreamy synths and mesmerising harp melodies, complemented by haunting, soulful vocals. The music possesses the tentativeness of Keaton Henson and Daughter, while retaining the conviction of Cat Power. This unique sound has earned them a steadily growing fan base, the scale of which was evident in the large numbers that filled the National Concert Hall on 7 June – the venue was just a few seats short of being totally full.

I Have a Tribe
The support act, I Have A Tribe (aka Patrick O’Laoghaire), left the audience in a pensive mood. With just piano as accompaniment, O’Laoghaire’s expressive performance and evocative lyrics demanded the Hall’s full attention. The poignant lyrics were not dissimilar to Saint Sister’s, and he served as a fitting palate cleanser.

After a quick set-up change, the lights dimmed and the two girls walked on, both donning dark outfits. From the beginning of the concert, it was clear that a great deal of consideration had gone into the production of the show. Saint Sister’s usual set-up includes an array of keyboards, Irish harp, drums and bass guitar. There were two distinct additions for this concert – a six-piece backing vocal section and a brass combo. Both the vocalists and brass combo provided new textures to the live set, with opulent brass tones and soaring vocal harmonies. Their parts had been tastefully written and were sympathetic to Saint Sister’s lead melodies throughout.

Causing Trouble
The set was an amalgamation of old songs taken from Saint Sister’s first EP Madrid and new songs, and there were several stand-out pieces; the addition of the brass combo in ‘Blood Moon’ gave the song a James Bond-esque feel, reminiscent of Goldfinger; the duo’s latest single ‘Causing Trouble’ was equally impressive, its uplifting chorus and nostalgic lyrics creating an enthralling listen – ‘we danced to Elvis in the kitchen… what was I doing all of those years… causing trouble, I hear’.

Saint Sister adapted their recorded music into a live setting with ease, and weaved the audience through euphonic melodies and dreamy harmonies. McIntyre dedicated ‘Be the Witch’, a song that discusses femininity and embracing oneself, to all of the women in the audience. It was empowering to see Saint Sister endorsing these themes and concepts, especially as there were so many young women in the audience.

Anahorish
Towards the end of their set, a third microphone was placed on the stage and Saint Sister revealed their final surprise of the night. After a warm introduction, a wonderstruck Doherty introduced the acclaimed Lisa Hannigan. I had heard that on tour Saint Sister would occasionally join Hannigan on stage, but I had never seen this collaboration. Together, the girls sang a haunting a cappella version of ‘Anahorish’, a song based on a Seamus Heaney poem from Hannigan’s album At Swim. Their voices blended well together, the rasp in Hannigan’s voice complimented by the soft quality of Saint Sister’s. A cover of Leonard Cohen’s ‘Suzanne’ followed, with an arrangement sympathetic to the original, but with the harp replacing the acoustic guitar. The performance retained elements of Saint Sister’s own music, with dreamy harmonies and delicate harp lines.

My Baby Music Sleep
The NCH proved to be very compatible with Saint Sister’s ethereal sounds, and particularly notable was ‘My Baby Must Sleep’. The harp stood as the sole accompaniment, with additional percussion sounded by Doherty gently knocking on the side of the harp. The lyrics are stirring – ‘I told you I’d write you a letter, if I ever got better’. The end of the song saw McIntyre walk off the stage to leave the harper perform a mesmerising solo with a loop pedal, before she too walked off the stage leaving a loop playing in a hypnotic cycle. After ending their set with the lead single from their first EP Madrid, they received a standing ovation from the Hall and a roar of applause and shouts of praise filled the venue.

For some time, Saint Sister have been one of Ireland’s most promising musical acts. Their performance at the NCH affirmed this, and confirmed that they have the potential to become one of the country’s best exports into the international music industry. Their music has a remedial quality to it; their soft sounds are good for the soul. In a period of such unrest and uncertainty, Saint Sister’s exquisite music is what the world needs right now.

Ruth Cronin is a singer and final-year student in BIMM Dublin. She performs under the moniker of RUTH. 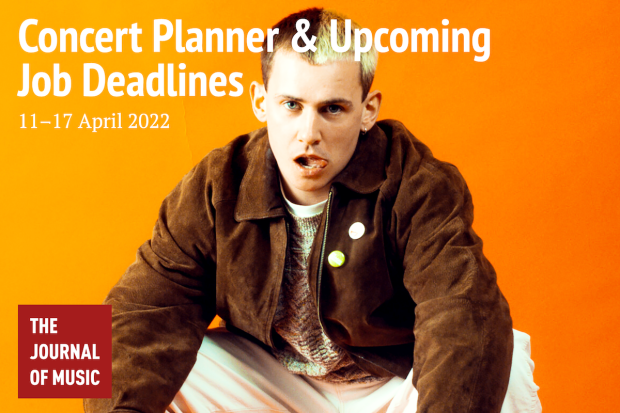 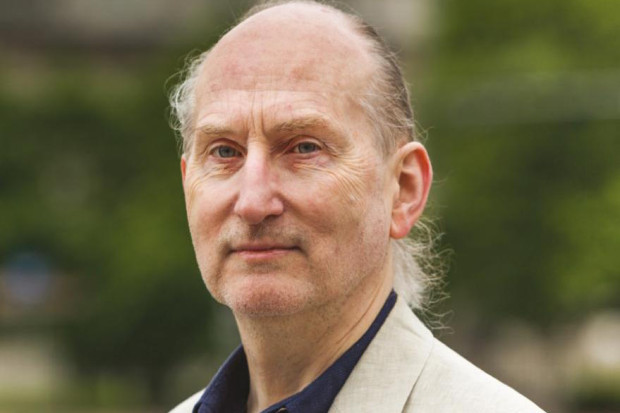