A Thousand Kisses Deep is a show devised and performed by the celebrated jazz vocalist Christine Tobin. It is a beautiful re-working of eleven Leonard Cohen songs alongside some choice originals and is Tobin's salute to the legendary Canadian singer, songwriter and poet. The show won a prestigious ‘Herald Angel Award at the Edinburgh Fringe and was praised by critics from al love the music world. It is coming to The Dock for one night on Saturday 6th August.

In her own songwriting, Christine Tobin specializes in idiosyncratic, highly musical poetic vignettes with a strong sense of story, so it's no surprise she weaves such magic with the profound, sensual songs of Cohen. The songs chosen are from his early 1960s albums through to his 2001 release ‘Ten New Songs’. She was first drawn to Cohen at the age of ten after hearing ‘You Know Who I Am’ on the classic CBS vinyl sampler ‘Fill Your Head with Rock’ which belonged to her eldest sister.

Critics have praised both Tobin’s concert performances and the album of songs by Cohen that she released. London Jazz described it as
‘A wholly absorbing and often downright ravishing concert’. with The Irish Times stating that “A lesser singer might be overshadowed by the darkness of Cohen’s words. But Tobin invests these songs with their full meaning, and even finds the odd glimmer of hope where none was formerly apparent." 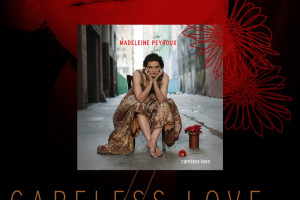