Galway International Arts Festival (GIAF) has announced the programme for this year’s event, taking place from 11 to 24 July. The festival – which took place on a smaller scale over the past two years due to the pandemic – will present its first full programme since 2019, featuring concerts, talks, exhibitions, opera, theatre, street performances and more.

On 21 July at St Nicholas’ Church, Crash Ensemble will perform a series of works as part of its [REACTIONS] series, which has seen the group collaborate with Irish and international composers of varying genres on new commissioned works. The concert will also include a new work by composer Kevin Terry, Standing Water. St Nicholas’ Church will also host a concert by the Cois Claddagh choir (21 July).

At Pálás Cinema on 19 July, ConTempo Quartet will perform a programme of minimalist works including Philip Glass’ String Quartet No. 2, and Different Trains by Steve Reich. The music will be performed in front of a backdrop of visuals by video artist Mihai Cucu.

Glasshouse Ensemble will perform a programme of music by composer and DJ Aphex Twin (23 July); and electronic musician and producer Daithí is also on the line-up (16 July), as well as Houseplants – his duo with Paul Noonan of Bell X1 (15 July). Soda Blonde will perform at Monroe’s on 14 July, and David Keenan performs at the venue on 13 July.

Landmark Productions and Irish National Opera will present Donnacha Dennehy and Enda Walsh’s opera The First Child from 18 to 23 July at the Bailey Allen Hall in NUI Galway. The opera premiered at the Dublin Theatre Festival last October, and is the third in a trilogy of operas from the pair.

As part of First Thought Talk series, film and video game composer and conductor Eímear Noone will speak to GIAF Artistic Director Paul Fahy about her life and work (13 July); and Arts Council Chair Kevin Rafter will discuss the arts sector in Ireland post-pandemic (24 July).

The Vinyl Hours series of talks, which presents musicians and artists in conversation about their most treasured songs, will include Donnacha Dennehy, Anna Mullarkey, Eímear Noone, and playwright Sonya Kelly.

It’s great to be back to full size and with this exciting programme. It’s a privilege to be presenting all this great art and we hope you can join us in Galway for what promises to be a great festival.

There is nowhere quite like Galway during festival time in July. It is such a thrill to return to our usual summer dates for the first time since 2019 with what we think is a really wonderful festival. We are very grateful to all our fantastic artists and companies for their amazing work and look forward to welcoming our audiences back to our stages, galleries and the streets of Galway for two wonderful weeks of great art and performance. 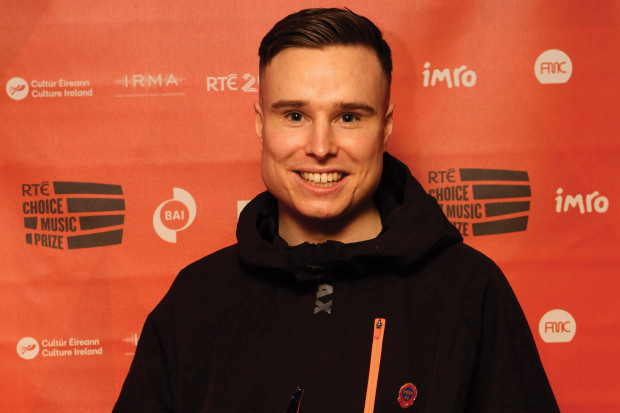 For Those I Love Wins RTÉ Choice Album of the Year
Dermot Kennedy wins Irish Song of the Year for ‘Better Days'.