'I didn’t know it would work so well… I thought: we have to play again together': Trumpet Player Airelle Besson on her Upcoming Irish Tour

Next week, Airelle Besson, Sebastian Sternal and Jonas Burgwinkel will undertake five performances in Ireland as part of a Music Network tour. Trumpet player Besson spoke to the Journal of Music about her composing and the trio's music.

French trumpet player Airelle Besson first performed with pianist Sebastian Sternal and drummer Jonas Burgwinkel in 2015 at the International Jazz Festival in Münster, Germany. After that first gig, Besson knew they had to repeat the experience: ‘The first concert was amazing, there was so much energy and good vibes during the set, the audience was super enthusiastic, reactive and carried away. I didn’t know it would work so well…I thought: we have to play again together’.

In 2015, Besson was also awarded Best French Musician of the Year by the French Django Reinhardt Award Academy, and in 2016 she was awarded Jazz Revelation of the Year at the French awards ceremony, Les Victoires du Jazz. Working with Sternal and Burgwinkel, however, their style of playing is a three-way thing: ‘It’s a conversation between three people’. The direction they take during their concerts depends on a number of factors on the day, and according to Besson this can change ‘if we play in a big venue, in a small venue, if it’s hot, if it’s cold, how the venue sounds. It also depends on the mood…and on the day we had before’. Their intuition is key, as are their listening skills.

We are three big listeners. We really listen to each other… even more than I will listen to myself, I will… listen to Sebastian and Jonas. We communicate and play together in that way.

Their repertoire is based on music that is notably melodic but lends itself to improvisation. They each compose for the trio and will perform a number of new works on their upcoming Irish tour.

Oxford and Paris
Besson wanted to play the trumpet from around four years old, but started learning at age seven, first studying classical music. She spent some years in the UK as a child and also picked up the violin while she lived in Oxford with her family. She branched into jazz when she returned to Paris at age eleven:

At that time in Paris, it was very new to have jazz in music schools and conservatoires… so they were the first classes of jazz.

She later studied jazz at the Conservatoire National Supérieur de Musique et de Danse de Paris. In 2002, she co-founded the quintet Rockingchair and has performed with various ensembles since, including the Airelle Besson Quartet and duos with Vincent Ségal and Lionel Suarez, before performing with Sternal and Burgwinkel. She has also released several records, such as the 2011 album with Rockingchair, 1:1, Prélude, in 2014 with guitarist Nelson Veras, and her solo album in 2016, Radio One. She was the artist in residence at the Jazz sous les Pommiers festival in Coutances for three years.

Melodies
For Besson, composing is an intuitive process that doesn’t always follow the same structure, though the melody is key. ‘I use a lot of melodies…. It’s something that, for me, is more important than anything. If there’s no melody at all… it’s too abstract.’ For instance, her piece ‘The Painter & the Boxer’ is a juxtaposition of two separate melodic elements running throughout, switching between stacatto and legato styles.

Simple melodies and harmonies are what Besson bases her music on, intentionally leaving space for improvisation in performance, which is how the three like to play together. During concerts, ‘a lot of the music is made in that instant’, she says.

Architect and colour
Their differences as musicians also contribute to the overall sound. Sternal, according to Besson, is ‘a real architect of music… he’s very refined in how he plays’, and uses ‘the perfect combination of melody, harmony, counterpoint and rhythm’. Burgwinkel, then, ‘has incredible colour …. He’s very versatile and has an incredible [range] of ways of playing. He has a percussive way of playing with fluidity’.

Having taken a break from gigging in the past year, Besson is looking forward to being on stage again with her peers. For the group, it is unusual to have a number of concerts in such a small amount of time, so to have the opportunity to play in Ireland ‘and also… [meet] Irish people…. That’s going to be a great experience … the three of us are really looking forward to it’. 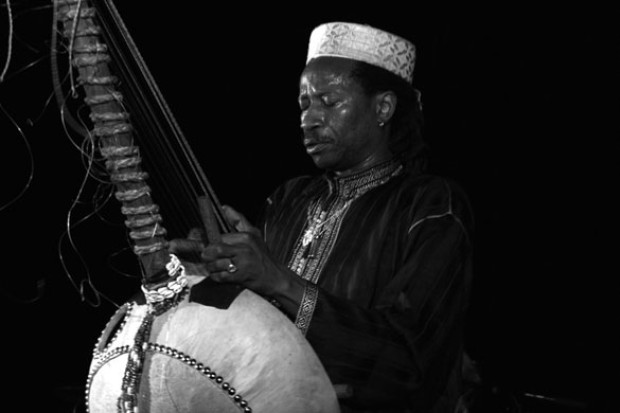 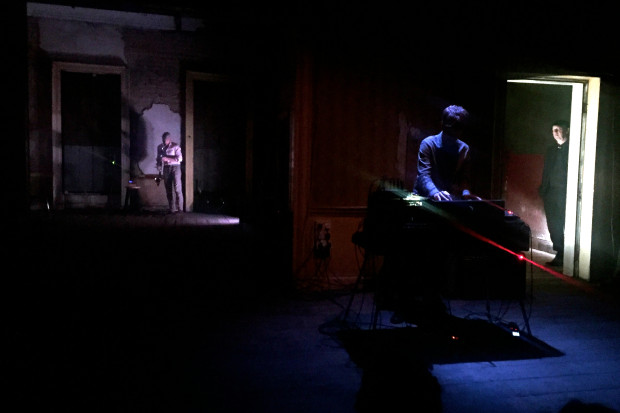