A new generation of musicians and singers is pulling the English folk scene alongside its Irish and Scottish neighbours, pointing to a new era of collaboration – and perhaps even the healing of old wounds, writes Toner Quinn

I am supporting England in the World Cup this summer. As an Irishman, that is easier to write than it will be to act upon. There is history, and the Irish are traditionally sensitive to the English imperiousness that tends to appear on football occasions. But I want to think about our two islands differently. England is our close, island-dwelling neighbour. In the new peacetime that has been created, can the Irish learn to love it? Sporting and cultural events may offer us that chance.

In July, it will be five years since the IRA announced an end to its paramilitary activities, closing a chapter on hundreds of years of violence between these two islands. There has been just one cultural occasion which has marked this new era: in 2007, at an Ireland–England rugby international in Croke Park in Dublin, ‘God Save the Queen’ was sung to a respectful and touching Irish silence. During the subsequent passionate singing of the Irish anthem, one Irish player openly wept.

The Croke Park moment was significant because the ground was the site of a massacre in 1920, when British forces opened fire in retaliation to the earlier killing of British agents by the IRA. The rugby match in 2007 was seen as a milestone for Irish and English people, the beginning of a better relationship between the two nations, but as is natural, a deep pause has followed, allowing the dust to settle. Nonetheless, Croke Park showed us how the amorphousness of music can point us a way past our man-made boundaries. Where can we look to for other gaps in the political hedge?

In 1997, I attended a concert in the Irish World Music Centre in Limerick that featured Irish traditional musicians based in England, but that also took the innovative step of including English folk artists. A then relatively unknown Chris Wood bewildered the audience by singing in 5/4 time while accompanying himself on fiddle. A twenty-something Eliza Carthy silenced the room with her tender and honest singing, and then joined in on Irish fiddle tunes with vim. I interviewed Carthy a year later, and I can recall her determination to bring English folk to a much wider public than it was then receiving. She commented on the folk festivals up and down England, which consisted mainly of traditional groups from other countries – Irish artists were a heavy presence. Fine, she said, but what about England? What about English music?

Over the last ten years, Carthy’s question has received its reply. Through the work of a new generation, with her own extraordinary output at the helm, English folk has broken through to the mainstream. The result of a new energy and creativity in recordings and performances, it is augmented by a grassroots movement of folk clubs and festivals accommodating the new audiences being created. Carthy’s output of over twenty albums since 1993, when she was eighteen, not only illustrates her own musical development, but practically provides a narrative to the entire movement, climaxing with Rough Music (2004), which magnificently stretches the aesthetics of English folk. So too do Chris Wood’s eighteen recordings since 1990, with Anthology and Handmade Life (both 2009) containing an astonishing balance between tradition and invention. Exceptional artists and groups such as Kate Rusby, John Spiers and Jon Boden, Bellowhead, Nancy Kerr, Spiro, the Unthanks, Bella Hardy and Andy Cutting are creating music and song as diverse as England’s population while at the same time maintaining an unmistakeable Englishness.

The state is now beginning to get behind them: the Arts Council of England has in the last year allocated £400,000 to the English Folk Dance and Song Society (founded 1932), allowing it to become a national development agency for folk music. In May, it ran a campaign to increase the amount of English folk on BBC radio. In October 2009 the Arts Council and fRoots magazine produced a CD showcase, Looking for a New England, which was promoted at the Womex music fair in Denmark. In March 2010, the first ever English folk showcase appeared at the South by Southwest music event in Texas.

English folk music’s resurgence is partly a response to the devolving of political powers to Scotland, Wales and Northern Ireland in 1998, and also, arguably, increased immigration. At the turn of the millennium, the English were forced to consider their identity beyond the traditional notion of the United Kingdom. The folk resurgence was already under way but it subsequently grew in popularity. From 1998, BBC Radio 3 began to play more world music, with Late Junction a particular champion of English folk, while Mike Harding’s programme on BBC Radio 2 also drew attention to the new strength of the genre. In 2000, the BBC Radio 2 Folk Awards were established and English artists have cleaned up regularly. In 2006, BBC Four television produced Folk Britannia, a major three-part series tracing the evolution of British folk from the end of World War II to the present day. And a twisted compliment came with the rise of the far-right British National Party from 2005, which encouraged its members to to become more involved in the English folk scene. This in turn led to the establishment of Folk Against Fascism in 2009, a movement that aims to repel the BNP’s manipulation of the music for racist, political means.

Yet for all its current vitality, English folk still remains apart from the Scottish and Irish scenes. One explanation is the still relatively small number (in comparison to Ireland and Scotland) of recordings and contemporary editions of music collections that non-English traditional musicians can tap into. While Ireland and Scotland can draw on hundreds of publications and thousands of widely available recordings, as well as a range of online resources, England, despite the size of its population, has not reached that level of publication and dissemination.

But there is a political dimension to it also. Irish traditional musicians have for decades been exploring the folk musics of the world, collaborating with musicians from Galicia, South America, Appalachia, Norway, Cape Breton, Sweden, Bulgaria, Romania and North Africa – anywhere but England. Collaborations between Ireland and Scotland have always been pursued, and the connections between them in repertoire and style are emphasised in the album titles: Andy Irvine and Dick Gaughan’s Parallel Lines (1982), Kevin Burke and Johnny Cunningham’s Celtic Fiddle Festival (1993) and Muireann Nic Amhlaoibh and Julie Fowlis’ Dual (2009). (‘Dual’ in both Scots Gaelic and Irish means to twine, braid or interlace.) In Northern Ireland, there are often efforts to bring together musical representations of unionist and nationalist communities, but there it ends.

The traditional music scene on the two islands has developed more or less as if England wasn’t there. Celtic Connections, the international folk festival in Glasgow, implicitly overlooks England in its title (because it is not ‘Celtic’). The major television programme, Transatlantic Sessions (1994–) regularly brings together Ireland, Scotland and America, but ignores England. English singers and musicians can be regularly found in these festivals and shows of course, but the genre does not receive the same prominence. Its lack of a diasporic identity plays against it. Wales too is missing, but the reasons for its absence are different – an emphasis on religious choral singing over folk music through Welsh history has meant that its traditional music is still developing, and its artists have yet to impact on the international scene. That too, however, is changing, driven by organisations such as Trac and the record label Sain.

An interview in April of this year with Eliza Carthy on BBC Radio 3’s Music Matters illustrated how the battle for recognition goes on. As she explained her research on English folk music, the presenter overly complimented her on doing such valuable archival work, stressing how important it was. But Carthy could read between the lines. Her voice tensed up: ‘It’s not research for the sake of it, you know. It’s also good music.’

One of the ironies is that English folk musicians pay staunch homage to the music of its neighbours. At a festival concert in Dublin in 2008, which I programmed, the English duo John Spiers and Jon Boden seemed genuinely humbled to be on the same bill as Irish fiddle-player Paddy Glackin. Similarly, the British Folk Awards have handed out lifetime achievement awards to Christy Moore, Paul Brady and the Chieftains, Best Group awards to Altan and Danú, and best instrumentalist to fiddle-player Martin Hayes (eight years before he received a similar award in Ireland). A reciprocal award for an English act by the national traditional music awards of Ireland – the TG4 Gradam Ceoil – would be almost unthinkable.

We have arrived at a moment in which the stunning music of the English folk scene cannot be ignored any longer. Its strength and depth means collaborations between new young generations of English, Scottish and Irish musicians are surely around the corner, a cultural development that can only bring the traditionally acrimonious divisions between the peoples of these two islands forward. It hasn’t happened yet in any high-profile performance, nor is it evident in recordings, but for how long can the major festivals in Ireland ignore the English group Bellowhead, which has consistently won best live act at the British Folk Awards? And for how long can the programmers and promoters of major state venues in London, Edinburgh, Dublin and Belfast ignore the potential of a major, peacetime celebration of the folk musics of all of the peoples of these two islands? 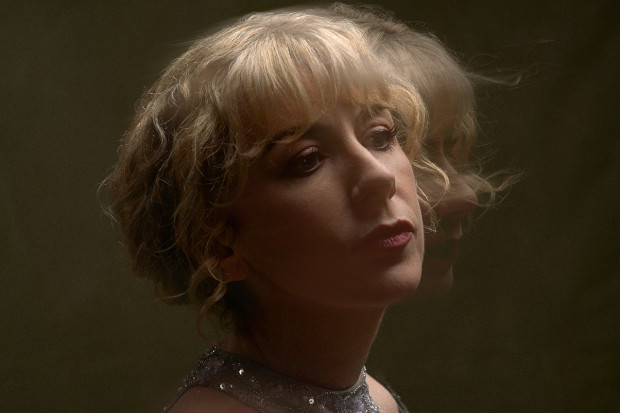 Sean-nós on Its Own Terms
Adrian Scahill
Muireann Nic Amhlaoibh, Ceara Conway and Inni-K have all recently released CDs that reimagine the performance of Irish sean-nós songs. Adrian Scahill reviews. 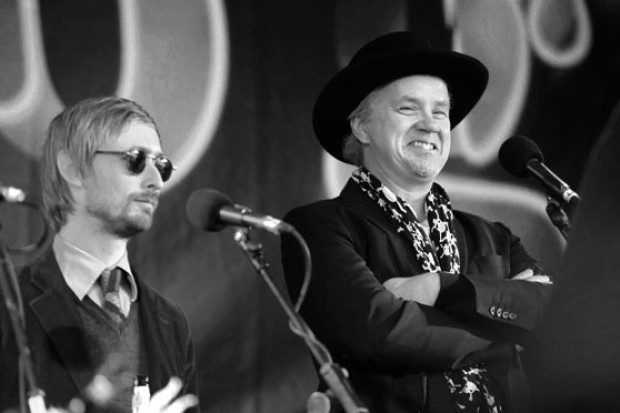