There may have been periods when little or nothing seemed to be happening in the contemporary/classical world, but 2002 was not a year for morose contemplation of the difference between nothingness and near-nothingness. Instead, it seemed a year of achievement:...

There may have been periods when little or nothing seemed to be happening in the contemporary/classical world, but 2002 was not a year for morose contemplation of the difference between nothingness and near-nothingness. Instead, it seemed a year of achievement: Composer’s Choice; smaller centres like Sligo and Waterford making their mark; the Mostly Modern series; the continuing activity of the smaller ensembles; the inclusion of a substantial contemporary element in orchestral programming or in the Hugh Lane lunchtime series; invitations abroad; the Living Music festival… After all this and more, along came the Up North! festival to fend off any potential mid-winter depression. Up North! was intended to bring Irish composers and performers into dialogue with their equivalents in Denmark, Sweden, Norway, Iceland and Finland. With the Danish editor and critic Anders Beyer as principal conduit for the Nordic element, Donnacha Dennehy as Irish artistic director, and Fergus Sheil as Festival Director, this was an event that concentrated on younger composers and performers, and that welcomed new technologies. The idea of dialogue was built into the programme, as works specially commissioned from Irish composers were played by Nordic groups and vice versa.

Was there a grand design built into this meeting of musical cultures? In the programme booklet, Beyer rejected any such notion, quoting a Danish poet to the effect that ‘Projects and vision are the worst.’ It was better to concentrate on activity in the here and now, in a spirit of openness and curiosity. For Donnacha Dennehy, opening up lines of connection between Ireland and the Nordic region was not some sad form of solidarity among the historically peripheral; it was important not to categorise oneself as outsider pleading for a hearing at the centre. (‘This is a hopeful and spirited celebration of that’: wrenched from its context, Dennehy’s concluding sentence had a certain poetry of its own, particularly if concentrated on for exactly 4’33’’.)

Festivals develop their own internal logic. Up North!, in keeping with its multilateralist philosophy, spread its activities across a range of venues from the CMC and Dublin Castle, through the Project, and on to the Bank of Ireland and Trinity. It was easy to jump aboard, to pick and choose events – we are valiantly resisting the smorgasbord metaphor here – and to melt into the surrounding city life. The large Nordic contingent were thus able to sample the rain, the revellers, the street entertainers, the organic food stands, the second-hand bookstalls, the coffee-shops, and the pubs which offered shouting and lip-reading options but little in between. The urge to explore would have been strengthened by the fact that a multi-million-pound re-design some years ago left the Project with social spaces less customer-friendly than many a railway-station waiting-room – one of the sorrowful mysteries of Temple Bar.

In its own way, the surrounding noise and energy asks questions of the music. When you attend a concert you are taking time out from normal life in order to open yourself to an experience which holds the promise, or at least the possibility, of special intensity and value. When you walk out onto the street after a concert, do you feel the experience you have just had shrink or assert itself amid the din, and how long will you remember it? These may be naive questions but they begin to press during any sustained bout of concert-going. What lingers in the memory then, and what leaves one reasonably diligent concert-goer wondering?

On Thursday night it took only a few seconds for Kevin Volans’ 1,000 bars to set up its world of wispy string and ping-pong piano. (Curiously, in an otherwise impressive concert from Cikada the following day, Volans’ seventh string quartet did not appear to be put across with the simple steadiness of gesture of his recent work.) Do Donnacha Dennehy’s breezy creative instincts at times tilt over into programmatic anti-solemnity? (The thumping in his Glamour Sleeper made its point so relentlessly as to detract from the interesting rhythmic tensions and lurches in the construction of the piece.) Were some of the Nordic pieces a little too ready to settle within the borders of their own language? (Could the same question be asked of the accomplished Ian Wilson’s work?) Was it legitimate to wonder what such a stunning technician and fearless composer/improvisor as Mats Gustaffson would have done with the material of Askell Masson’s Blik for solo clarinet, or to wish that the deadpan improvisatory genius of percussionist Raymond Strid had played a part in Juliana Hodkinson’s piece of music-theatre, Why linger you trembling in your shell?

Sadly, the material provided by the rather elusive Irish jazz guitarist Mark O’Leary – who has performed with international jazz-players of real stature – for his semi-improvised encounter with the Cikada String Quartet would have appealed only to fans of the snoozier regions of the ECM back-catalogue. In contrast, both Bad Lunatics’ surprisingly gentle audio-visual piece and Whispering Gallery’s far-from-gentle late-night collaboration with Norwegian composer Oyvind Torvund – involving tape, electronics and controlled improvisation on primitive instruments and piano (not to mention an unsolicited, rude, self-regarding performance by an audience member, apparently a Finnish music critic) – were extremely effective, if not to everybody’s taste.

In the first public talk session, looking at the development and state of composition in each cultural area, it seemed to this jaundiced eye that the Irish representative, Barra Ó Séaghdha, wandered too far and too long from the subject he had set himself (better addressed in his writings), while the Nordic representative, Anders Beyer, was a little less provocative than he imagined himself to be. Some lively and wide-ranging discussion followed on everything from current arts legislation to the role of music criticism. The second session focused on more practical matters of musical organisation and funding. Overall, this was a well-organised, enjoyable and varied festival. The greatest benefit to Irish musical culture would occur if, instead of a repeated Irish/Nordic dialogue, this year’s format were taken as a model for future dialogues with different regions of Europe – and of the world. 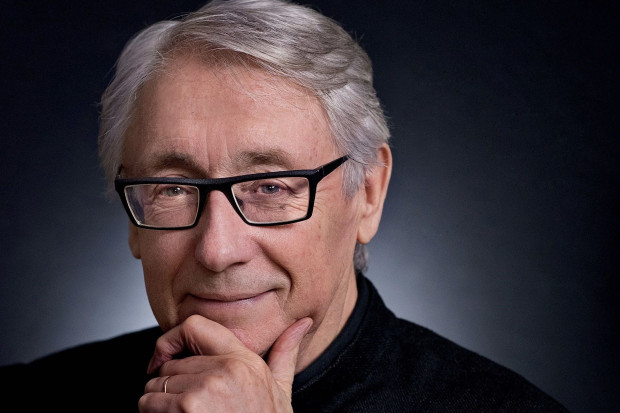