Outside, the March winds howled. Inside the snug confines of Cork’s Triskel Arts Centre, Lunfardia promised a glimpse of South American sunshine. And how that promise was carried through. We were treated to complex, shifting rhythms and soaring, unpredictable melodies, all structured within imaginative and witty arrangements.

Lunfardia are a refreshing addition to Ireland’s increasingly varied musical landscape. Although centred on the guitar and vocal talents of Ariel Hernández, the band makes full use of the remarkable musical abilities of Ioana Petcu-Colan on violin, Dermot Dunne on accordion, Malachy Robinson on bass and Frank Vidal on percussion.

This was the first night of a nationwide tour to promote Lunfardia’s debut album, Picada pa’ Cinco. It was therefore understandable that that familiar combination of enthusiasm and nervousness peeked through in the opening parts. From the chacarera Juan del Monte, which launched the first half, to Piazzola’s Libertango, which closed it, Lunfardia developed both their musical manifesto and a solid rapport with their audience.

Ioana Petcu-Colan provides the lyrical highs of the Lunfardia sound, plus a spectacular, if slightly incongruous, Rumanian Peasant Dance full of virtuosity and humour. Dermot Dunne’s accordion runs a clever and essential line between melody and accompaniment. Malachy Robinson plucks, bows, even thumps, his bass, and has an uncanny knack of finding just the right touch at just the right time. Frank Vidal coaxes an extraordinary range of percussive sounds from a relatively simple array of bombo (think of an old-style military drum), cajon and cymbal. But Ariel Hernández is the ringmaster. His voice combines elements of wildness and sophistication. His guitar playing is simplicity itself at times, stunning in its complexity at others, and he has written some of Lunfardia’s most expressive pieces, including the poignant Dos Hogares.

The presence of three Irish classical musicians in a South American band might have raised momentary flags of concern. However, any apprehensions regarding authenticity – difficult to establish, in any case, at this remove – were quickly dispelled by the versatile musicianship of the players. The band takes its name, after all, from a multilingual patois developed in Buenos Aires at the end of the nineteenth century. They have themselves developed a multi-musical language in early twenty-first century Ireland.

The balance of the music was hindered, rather than helped, by an obtrusive PA system which allowed the accordion, in particular, to overshadow the other instruments. Such a system may have been necessary in some of the bigger venues on the tour but hardly in Triskel’s intimate auditorium. Things improved in the second half of the programme, when a more subtle mix prevailed.

We may not have known our chacareras from our candombes, but if Triskel had any aisles suitable for dancing, they would have been full. By the end, the wind itself had all but given up. 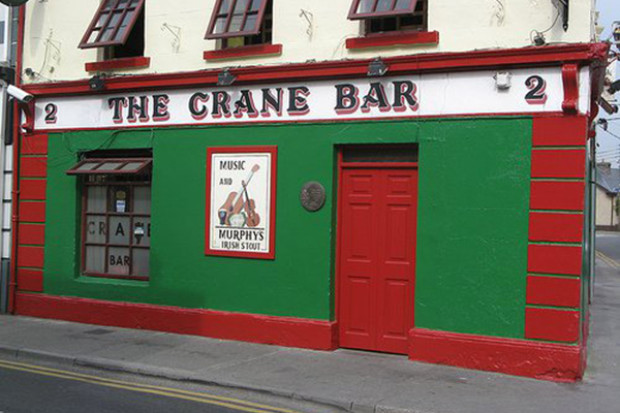