Words, Music and the Surrounding Silence

Spread over three nights, the first Beckett Chamber Music Series ambitiously aimed to explore the space created by the interaction between words and music, but also the links between language and tonality and the historic move to atonality. The festival’s artistic director, violinist Sarah Sew, performed in all three concerts and was joined by a range of musicians as well as two outstanding Beckett actors.

The first concert was the most diffuse in content, with John Larchet’s gentrified arrangements of Irish airs for violin and piano and Frank Martin’s quirky Piano trio sur des melodies populaires irlandais framing the premiere of a specially commissioned trio by Sebastian Adams.  The commissioning brief requested an engagement with Beckett’s work and clearly Adams was taken by the suggestion to consider ‘Beckett’s use of the fragmentation of language, repetition and silence.’

Scorched grass and blazing light
In a brief introduction before the performance, Adams identified stage directions from the opening of Happy Days as triggering the textures and material in the trio. These included the ‘expanse of scorched grass’, ‘blazing light’, the sounding of the bell with silences in between, and, surprisingly considering what ensued, ‘maximum of simplicity and symmetry’. He was also interested in Beckett’s use of repetition in Happy Days and Waiting for Godot and the fact that the second act in Happy Days is considerably shorter than the first. His programme note emphasised his preference for writing absolute music and as if to compensate for this abundance of extra-musical ideas he has given the work the resolutely abstract title 2018.1.

In two ‘acts’, the long first movement begins with what seems like simple rotation of contrasting ideas. However huge drama is created by a range of opposing tensions set up between an urge for continuous development of ideas and more block-like juxtapositions, between a more fragmentary atonal soundworld and neo-romantic outbursts (given a quasi-expressionist tinge by clusters in the piano part), and between atonal passages and the gravitational pull of emphatically articulated diatonic chords. After a long silence the second movement takes a drier desiccated view of the material from the first movement as if all the drama had burnt out, until the piece disintegrates into tonelessness and silence. This compelling piece was performed with passionate dedication by Sew with Yseult Cooper Stockdale and Jonathan Morris.

Poised
The second concert, devoted to Schoenberg’s Verklärte Nacht and Pierrot Lunaire, and the first half of the third, consisting of short chamber works by Morton Feldman and Edgard Varèse, by times demonstrated the dangers involved when musicians who are not used to performing together tackle complex chamber music. Both Schoenberg pieces had very fine moments but Verklärte Nacht needed a greater sense of direction and the instrumental ensemble in Pierrot was uneven. The standout performances were Michelle O’Rourke’s controlled traversal of the ferocious vocal part and the highly characterful flute playing of Joshua Batty; their short duet Der kranke Mond was particularly striking. 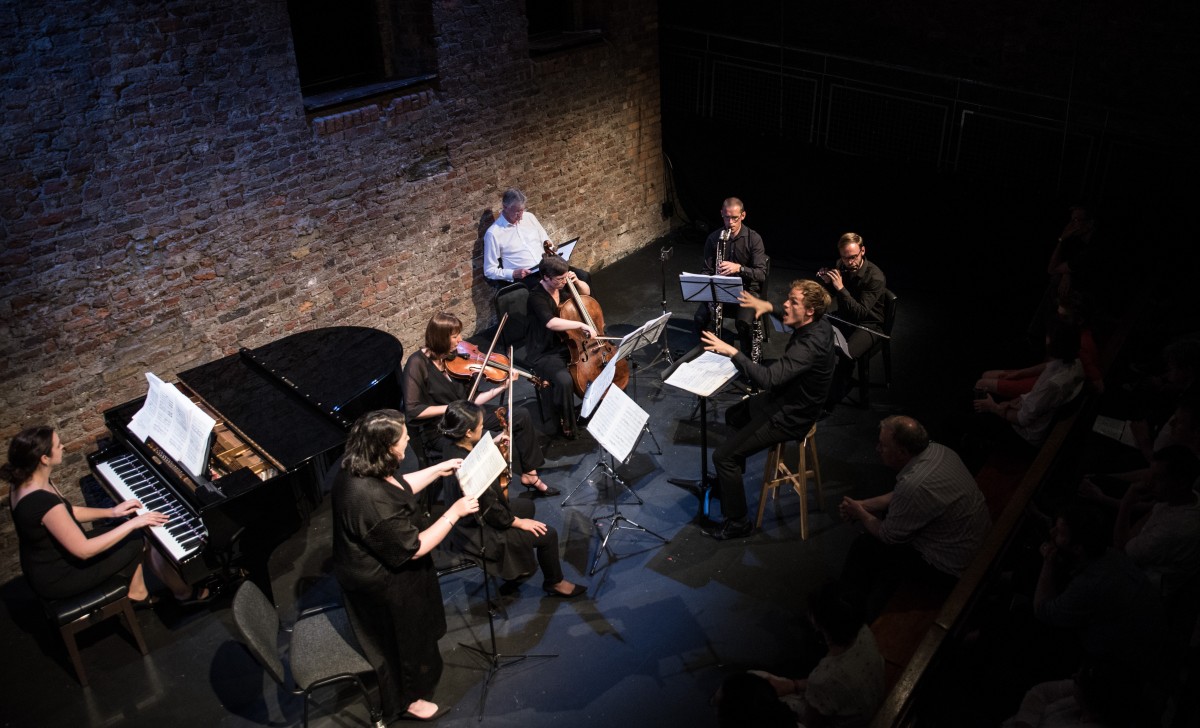 The third concert began with poised performances of Feldman’s Vertical Thoughts 2 (Sew and Morris) and Projection 1 (Aoife Nic Athlaoich), though the latter demonstrated how Feldman’s notational experiment in leaving the exact pitches to the performer merely served to erase his distinctive voice. After a slightly shaky start Four Instruments 1975 (Sew, Nic Athlaoich, Morris and Lisanne Melchior) managed to bring the audience right into Feldman’s quiet withdrawn world before a highly dramatic rendering of Varèse’s Density 21.5 by Fiona Kelly concluded the first half.

Words and Music
The culmination point of the festival was a ‘concert performance’ of Samuel Beckett’s radio play Words and Music, directed by Everett Frost, in which two characters Joe/Words (played by Barry McGovern) and Bob/Music (embodied by an ensemble of musicians) gradually but reluctantly begin to collaborate under the direction of the club-wielding Croak (played by Stephen Brennan). The work was conceived as a collaboration between the author and his cousin John Beckett but for reasons that are not clear John Beckett withdrew his score after the initial broadcasts leaving the play un-performable. In 1987 Morton Feldman provided a new score for an American radio production directed by Frost.

The disadvantage of a live performance such as this is that the audience has to re-imagine the huddled group of musicians in the corner as in some way a single entity (Bob) which interacts with the actors, something which is not an issue in the disembodied theatre of radio. However, this was outweighed by the physical tension brought to the performance by McGovern and Brennan. Their timing and relishing of individual words and the surrounding silences was like a masterclass for all musicians. The ensemble under the direction of Finnegan Downie Dear gave a carefully moulded and beautifully focussed account of Feldman’s music.

Sarah Sew and David Collins (General Manager of the festival) deserve high praise for putting together such an interesting and thought-provoking programme and it is hoped that this will be the first of many such festivals. 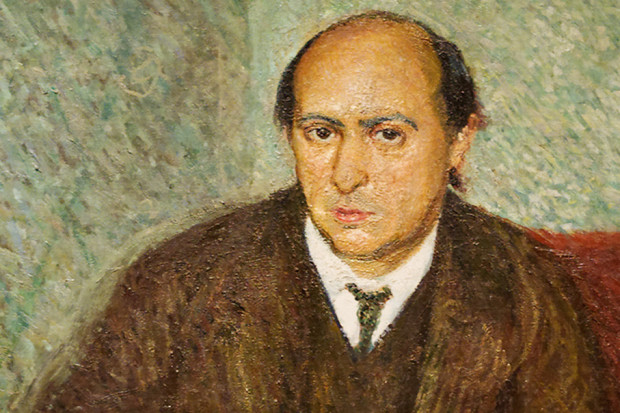 What was Modernism?
Patrick Zuk
Almost one hundred years have passed since the composition of the atonal works which were largely responsible for instigating musical modernism. in the first part of a two-part article, Patrick Zuk argues against claims made for Schoenberg’s historical position and the supposed implications of his innovations for the practice of other composers...
Sep 1, 2004