A recently published book by Laura Watson on the French composer Paul Dukas is the first full-length academic study of the artist in English and explores his range of music and his music criticism. Brendan Finan reviews.

No existence as a composer–critic would be possible without some bleed-through from each aspect of the career to the other. That’s the starting point for Laura Watson, music lecturer at Maynooth University, in her book Paul Dukas: Composer and Critic. Watson’s is the first academic book on the composer in English, examining, as the title suggests, his composition through the lens of his criticism, but also his criticism through the lens of his composition.

Dukas is one of that unlucky collection of artists, like Pachelbel and Allegri, famous in the popular imagination for, and perhaps entirely eclipsed by, exactly one work: in his case The Sorcerer’s Apprentice. In spite of this, he was extremely active in Parisian musical life in the late nineteenth and early twentieth century, both as a thoughtful and outspoken critic, writing for La Revue Hebdomadaire, and as a more cautious, self-critical composer. His legacy is a wealth of writing on music, and a modest compositional output, including one each of symphony, opera, piano sonata, ballet, set of variations, and, in The Sorcerer’s Apprentice, a symphonic poem.

Dual career
The title of the book puts the focus on Dukas’ dual career, and Watson throughout skilfully draws links between the music he produced and his contemporaneous writing; how each one informed the other, and how his writing and thinking on music grew and changed as he developed artistically. Moreover, though his writing rarely discusses his own work, it still provides keen insight into his ideals and aspirations as a composer: his aspirations for ‘unity’, for musical development as ‘amplification’, his love of theatre and literature, and how they relate to his concept of programme music.

Through Dukas’ writing, Watson allows us a perspective to view not just Dukas the composer, but also musical life in Paris as he saw it in his time. His call, in 1893, for an independent opera theatre dedicated to the staging of new works could be written today: ‘The need… is becoming increasingly urgent. We hear about a musical movement boasting bold new directions, and we like to think that not only is this true, but also that it is as daring and as irresistible as they say.’ He defended in strict terms the adventurous harmonic language of contemporaries like Debussy, Saint-Saëns and Franck, writing of Pelléas et Mélisande that Debussy’s music ‘has prompted an outcry about the perpetual violation of rules, even though it is only the brilliant extension of these principles.’

Disneyfied Dukas
A book like this, focussing on a lesser-known composer, by necessity must spend some time discussing their most famous work, so naturally there is a chapter dedicated to The Sorcerer’s Apprentice, and the Walt Disney film, Fantasia, that it’s frequently associated with. It is a justly successful piece, a narrative rollercoaster of propulsive momentum.

For many listeners, there must now be a permanent association (as Watson puts it, ‘a type of inter-artistic visual synaesthesia’) between Dukas’ symphonic poem and Mickey Mouse in a wizard’s hat. There is an extent, though, to which such a thing is only possible given an almost perfect blend of separate elements, each of which must be highly distinct in its own right, as well as having an enormous cultural impact. The same may be said, for instance, of The Blue Danube or Thus Spake Zarathustra in 2001: A Space Odyssey, but not, say, of Tchaikovsky’s Sleeping Beauty waltz, which appears as a song in Disney’s film of the same name – or for that matter of most of the works in Fantasia. The Rite of Spring segment, featuring a foreshortened history of the earth, is just as visually stunning as the Sorcerer’s Apprentice one, and more imaginative, considering its separation from the ideas of the source material. But The Sorcerer’s Apprentice has been the one to endure.

The general response to Fantasia in music critical circles has been negative, including by Stravinsky, the only living composer represented in its release. Watson treads a fine line in examining the animation, saying it ‘contrives the music as a bluntly narrative tool, seducing the ear and eye with superficial auditory–visual correspondences’, but also linking it to Dukas’ concerns with narrative, and viewing it on its merits as a whole. Although his daughter had objected to the film, the author reminds us that Paul Dukas had ‘welcomed the prospect of expanding symphonic expression through new dramatic innovation’, drawing a connection between the strictly programmatic Sorcerer’s Apprentice and his later ballet La Peri. ‘Ultimately,’ Watson says, the animation ‘reinforces some truths about L’Apprenti sorcier more than it rewrites or excises other details.’

Musical descriptions and gender
Watson’s writing is at its most vibrant when she describes music. There’s a sense of culmination in each discussion of a work, drawing on Dukas’ writing as presented in the chapter and its application in the music, as well as lucid, enlightening descriptions of the musical forms and meanings. In discussing the Variations, Interlude, and Finale on a Theme by Rameau, ‘the composer’s liberal sense of development facilitated a potentially “prismatic” exploration of Rameau’s theme. Each variation diffracts one or more source elements to different extents.’

Watson notes that Dukas’ admiration for abstraction in composition (specifically in piano composition) is suspended by a ‘rare example’ of discussing music in gendered terms in praising, for instance, the ‘simplicity and male directness’ of the style of pianist Édouard Risler, with whom he collaborated on his piano sonata. Although she does not avoid invoking metaphor and meaning in Dukas’ work – somewhat inevitable given his preoccupation with theatre and literature – she maintains a cooler, more sceptical eye, especially in situations like this, putting the word ‘triumph’ in quotes when referring to the coda of the first movement of the symphony in C.

Gender is rarely far away in the second half of the book, and seems to have become a primary concern for Dukas, whose views were progressive for his time; Watson highlights that the composer ‘demonstrated solidarity with women who sought to challenge socially engrained sexism.’ Indeed his opera, Ariane et Barbe-Bleue, adapted from the Bluebeard fairytale, and premièred four years before Bartók’s more famous opera on the same story, highlights Bluebeard’s female victims and their liberation. Dukas even added text to Maurice Maeterlinck’s libretto, emphasising Ariane’s love for Bluebeard’s former wives – ‘Honestly, my young sisters, I’m no longer surprised he didn’t love you as he should have, and that he wanted a hundred wives. He had only your shadows…’ – and, in removing some text, de-emphasising the sexual nature of that love.

Watson also ensures that she devotes time to Dukas’ female collaborators on his stage works: Georgette Leblanc, for whom the role of Ariane was written, and Natalia Trouhanowa, who starred in La Peri. Both artists, Watson notes, faced struggles to be taken seriously amid comments on their appearance. (I was forcibly reminded of the wealth of bad writing about Yuja Wang.)

Discoveries
The joy of a book like this, one that focuses on a lesser-known composer, is in the discovery of new music to listen to. For me, the greatest revelations were the Prélude élégiaque sur le nom de Haydn and La Péri. The first takes the five-note motif derived from Haydn’s name (in English note names, B–A–D–D–G) provided to Dukas by the editor Jules Écorcheville and transforms them into a sombre, solemn piano prelude in (or bordering on) D major. The latter is Dukas’ poème danse (‘danced poem’ – an alternative term for ‘ballet’ later used by Debussy for Jeux), composed in 1911 for the Ballets Russes, a warm, impressionistic piece that stands perfectly well on its own.

There are glimpses of Dukas’ personality that I love: As neither a composer nor a critic, but a proud father, ‘The spirited “Nono” was a source of endless amusement for her father’, and a popular teacher, with ‘students such as Olivier Messiaen, Joachim Rodrigo and Elsa Barraine gravitat[ing] towards him.’ And as a composer, almost giddy with excitement writing to his publisher: ‘Work on Les Indes galantes [Rameau’s opera, sections of which Dukas edited for a complete edition] is in progress and so is something else that remains a secret for now but which will be fantastic if I manage to do pretty much what I want with it… I have big news for you this autumn.’

But it’s in co-examining his writing and his music that this book is a success. Dukas the writer left us not only a thorough and vivid account of musical life in fin-de-siècle Paris, but also a set of signposts to understanding his artistic goals. Watson, in examining him as both composer and critic, lays out a roadmap for readers. 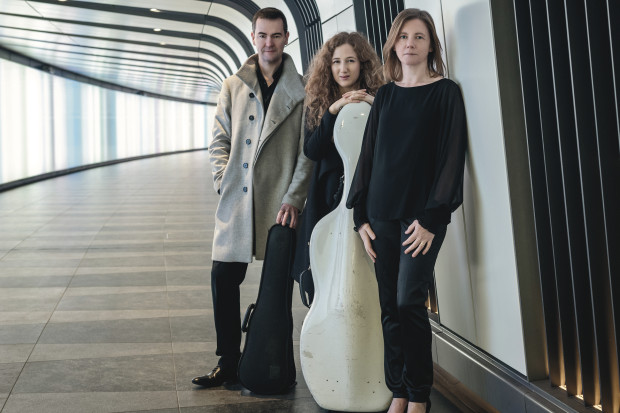