John Hume and the Artists That Make Us Think

John Hume's views on the role of artists in a conflict are worth considering today, writes Toner Quinn.

John Hume, the great peacemaker of Northern Ireland who died this month, was known for his political words, but a year before the Good Friday Agreement of 1998, he also published an essay on culture and society and the role artists can play in a conflict. I came across it last week and it struck me as relevant to some of the challenges we face today.

I heard Hume speak once, in Ennis in 2002, and even though the Belfast Agreement had already been achieved, he continued to impress upon the audience the dual solution required for conflict resolution: no violence and respect for difference. He also talked about the challenge of ‘whataboutery’, which was the response he received whenever he tried to get one side of the conflict to see the point of view of the other (‘But what about what they did? What about this? What about that?’).

Hume’s essay on the arts, which was published in Arguing at the Crossroads: Essays on a Changing Ireland (New Island Books, 1997) and titled ‘Everything is Political in a Divided Society’, begins by drawing a comparison between the ‘cultural riches of Ireland’ and the ‘sterility’ of the Northern Ireland conflict. He argued that it was ‘very much to their credit that artists resisted the temptation’ to deepen the political conflict in the North, saying that many of Ireland’s most famous artists of the past (Yeats is mentioned) glorified violence, but that the generations during the Troubles (Heaney, for example) resisted this and thus ‘helped to make division less acute’.

They opened the path for the examination and analysis of our complex society… Such work is therefore profoundly political without being partisan… In so doing they helped to provide cultural signposts towards the political resolution of our ancient quarrel.

Hume wrote that Ireland suffered too much in previous years from an ‘over-intimate relationship’ between culture and politics and he felt that, ‘At last, a middle way between “art for art’s sake” and the total politicisation of culture has been found.’ The Derry man was referring to Irish literature and drama in particular – he references Brian Friel’s play The Freedom of the City – but there is a correlation in music too. Songs such as Paul Brady’s ‘The Island’, Christy Moore’s ‘The Time Has Come’, Tommy Sands’ ‘There Were Roses’ and U2’s ‘Sunday Bloody Sunday’ all walked a line between conflicting sides, elevating human and community suffering above all else.

‘Perhaps for the first time,’ Hume continued, ‘we now recognise the autonomy of culture as a value in its own right.’ He said that while culture and art ‘is inseparable from social realities’ it was no longer seen as ‘a simple reflection of those realities’. Hume instead welcomed the fact that in the arts there is no ‘Single Irish Thought’ and he said that contemporary Irish culture was representing the diversity of Irish life – even before the political structures were.

What is interesting about the essay, in the first instance, is how the arts did not go unnoticed. It was clear he could find much meaning in what was happening around him culturally, and he could find support in the arts for his own ideas. Literature and drama, when he needed them, were there to tell him, indirectly, that he might not be wrong in his political pursuits, and that was valuable. Often we think about the arts and music as something removed from the practicalities of everyday life, but they are there in our minds, shaping our day, providing meaning and affirmation in whatever way makes sense to us.

Think differently
The culmination of his argument comes when he says that the ‘ “defence and illustration” style of culture” is very dangerous’, that is, when we regurgitate what went before without questioning it. ‘Fortunately,’ he says, ‘our writers and artists faced up to the challenge of establishing critical modes of enquiry. In so doing, they have fulfilled their prime obligation – forcing everyone to think, to think differently and to search for new forms of political and social organisation.’

Artists may pause at the idea that they have a ‘prime obligation’ to anything but their own muse, but there is no doubt that getting people to think, and to ‘think differently’, is something that results from artistic work. Artists create a space – through music, sound, performances, silences, and solitary and communal experiences – that can often create openness to ‘new forms’ of thinking.

Hume concludes by saying, ‘We should take some inspiration from the example of our writers and artists. … It is time to paint a realistic portrait of society and to abandon the consolation of outmoded imaginary mental pictures…’. A year later, he signed the Good Friday Agreement, creating the delicate peace that persists, despite many set-backs, and which we all benefit from.

The essay is interesting as a snapshot of his thinking in that key period and we can see that he was right. The conflict in the North was often intractable, and yet inch by inch a community pieced together a future, and culture was one of the streams of thought flowing in and out of the conversations, maybe not always explicitly but in the quiet dialogue in people’s minds. It is remarkable to think how far Ireland has come since those days.

And yet, as I read Hume’s essay, I also thought of a different conflict that faces us today, the climate crisis, and I wonder what role music and the arts are going to play over the next decade in an era of potentially huge global disruption and transformation. The climate emergency may not be a ‘conflict’ in the obvious sense, but it is a ‘conflict’ between what we know about what is happening, and what we feel we can do about it.

It has, for example, many of the characteristics of the dilemmas that Hume faced: a blame game and ‘whataboutery’ – between boomers and millennials, communities and corporations, politicians and activists. There is also a lack of respect for difference and diversity, that of all living things on the planet, and particularly those people in vulnerable parts of the world. Can the work of artists help us imagine a path through all of this discord? It’s clear that Hume felt they could.

Almost all of the public discussion around the climate crisis has been about politics, economics, travel, work and technology, and yet our lack of progress in these areas bewilders us. Our public discourse needs to find new creative spaces to engage with these questions and allow a deeper discussion to develop and spread out. Musicians, artists and artistic experiences are vital because they can help ‘everyone to think, to think differently’. John Hume showed us the impact those new conversations can have. 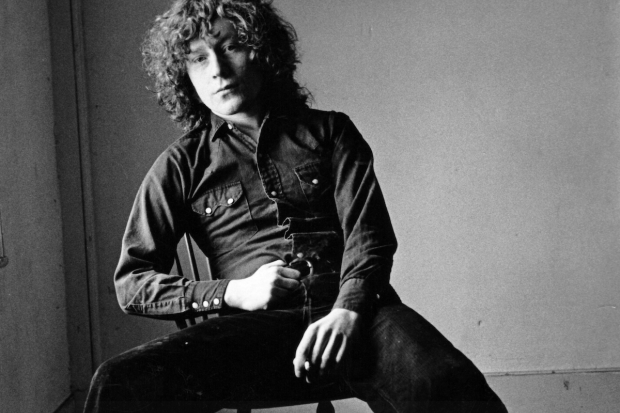 Between What Was and What Might Be
Adrian Scahill
Singer and songwriter Paul Brady has recently published a memoir of his life in music, 'Crazy Dreams', which explores growing up in Strabane, the folk scene of the 60s and 70s, his seminal albums and songs, and recent projects. Adrian Scahill reviews.