The Journey of Caoimhín Ó Raghallaigh

From Kitty Lie Over to The Gloaming

In the summer of 2007, fiddle-player Caoimhín Ó Raghallaigh didn’t bring his new album to the Willie Clancy Summer School:

I haven’t put Where the One-Eyed Man is King in shops. I didn’t bring it down to the Willie Clancy week. I don’t think people in traditional music here would be interested in it. It’s only for sale at certain gigs and on the internet. I wouldn’t even sell it at certain gigs because I know if you sell it to somebody from a really traditional background they are not going to be interested. They are going to say, what the hell is this?

For context, let me say that in the world of Irish traditional music, albums are often produced specifically with the Willie Clancy Summer School in mind. Held in Miltown Malbay, County Clare, this is when the community comes together en masse, the annual summit when the genre overflows with energy, generating a vitality that inspires not only its students for the rest of the year, but also all of us who attend and play and listen. More than a dozen recordings are launched – and many are sold – and if you want to get the word out about your music, Miltown Malbay is generally the place to start.

That Ó Raghallaigh resisted this pull tells us something about the journey he was on. He had, of course, four years earlier, released the absorbing, affecting portrait of a duet that was Kitty Lie Over with piper Mick O’Brien. For such a young artist – he was around twenty-three at the time – it was clear that he had a lot more to say. In January 2006, at Temple Bar Trad, I can recall the trace of impatience in his music, as if the conventions of traditional music were on this occasion somehow getting in the way of his connection with the audience. The artistic journey that took him to Where the One-Eyed Man is King was clearly underway. When he went to the Tyrone Guthrie Centre in Monaghan in the winter of 2006 with some recording equipment and Logic Pro software, his aim was simple and ambitious: to do something that hadn’t been done before.

He cited the influences of Iarla Ó Lionáird, Tony Mac Mahon, MySpace, the music scenes of Stockholm and Toronto, the theory of Schrödinger’s cat and more – but such an album could easily have had a longer gestation: ‘At sixteen,’ he has said, ‘something made me realise that nobody was teaching the thing that mattered, the difference between music that lifts your heart and music that doesn’t, which is the thing that makes life worth living.’

Ó Raghallaigh’s description of what the likely response would be to Where the One-Eyed Man is King was not unreasonable. In 2007, traditional music was running to stand still, almost trapped within its global success. In terms of vibrancy, it had been eclipsed by what was taking place in the Irish contemporary music scene. These were the years of the rise of Crash Ensemble, the RTÉ Living Music Festival and the visit of Steve Reich, the establishment of the Young Composers’ Collective, the (shortlived) end of emigration, a rapid growth in arts funding and an explosion of work by young composers, free improvisers and experimental musicians.

Ó Raghallaigh was ahead of the game – indeed, he was practically on his own up until quite recently – in taking an interest in the possibilities for traditional music these activities suggested. He seized upon the adventures that digital recording technology offered and began sketching his new musical world on a much wider, global canvas. The result was Where the One-Eyed Man is King, a torrent in full flow, not so much pulling in surrounding influences but allowing them fall in to the water of his work and find with their way back up to the surface. The tracks ‘It’s All About the Rhythm of Her Toes’ and ‘The Bright and Shining’ are breakthrough moments in modern Irish music. This was the moment when a traditional Irish musician – following hundreds of years of musical continuity – took an unprecedented step: in his own words, he simply ‘stopped playing tunes’.

The result was so free and unencumbered, it was like a small drop of oil released into the music that somehow began to loosen nuts and bolts wherever it went and for whoever happened to hear it. The result can be felt today in the new sense of adventure and creativity in traditional music, celebrated most recently at the Tradition Now festival at the National Concert Hall.

The vibrant Dublin contemporary music scene and developing digital world nurtured the two sides of his musical world better than if he had tried to develop an audience within traditional music only. By 2009, he was featuring in contemporary music festivals such as Off Grid in Dublin, performing solo on fiddle and laptop only, and film-maker Myles O’Reilly made a series of five short films on his work the same year – some of the first videos that O’Reilly made.

In the same period, Ó Raghallaigh has been prolific within traditional music, releasing State of Chasis (2007) and A Moment of Madness/Le Gealaigh (2010) with Brendan Begley, Comb Your Hair and Curl It (2010) with Catherine McEvoy and Mícheál Ó Raghallaigh, Deadly Buzz/Aoibhinn Crónán (2011), again with Mick O’Brien, and three albums as Triúr with Peadar Ó Riada and Martin Hayes – Triúr sa Draighean (2010), Triúr Arís (2012) and Triúr Omós (2013).

But Ó Raghallaigh’s particular achievement is that he has stimulated a new move towards avant-garde experimentation in Irish traditional music, and demonstrated that it is possible to step entirely outside of the genre and back again – and that the process enriches both worlds.

Consider the performance of ‘Cronin’s Slippery Jig’ with Brendan Begley on A Moment of Madness. Performing the simple two-part slip-jig nine times, at every opportunity drawing the melody away from the main line and yet maintaining an engrossing balance – suddenly the musical gap between Kitty Lies Over and Where the One-Eyed Man is King doesn’t seem so wide.

As if hearing it for the first time

In Galway recently, Ó Raghallaigh performed with Triúr as part of a nationwide tour. He appeared to play each tune as if he was hearing it for the first time, in the sense that there was fresh invention and exploratory harmony lines through each melody. Although Peadar Ó Riada wrote all the tunes, he remarked upon Ó Raghallaigh’s input into the structure and development of the melodies.

Ó Raghallaigh’s compositional and improvisational strengths come to the fore in This is How We Fly, a group that came as a result of a commission for the 2010 Dublin Fringe Festival. With an unorthodox line-up, comprising of Ó Raghallaigh on hardanger d’amore (a cross between a hardanger fiddle and a viola d’amore), Seán Mac Erlaine on clarinets and electronics, Petter Berndalen on percussion and dancer Nic Gareiss, their debut album is a brilliantly crafted synthesis of the many strands that make up our musical life – popular, electronic, traditional, classical, contemporary, jazz, improvisatory, the global and the local. It is so inventive and tantalisingly ahead of its time that wider recognition for This is How We Fly seems to have been slower to come than it has been for the other excellent band of which Ó Raghallaigh is a member, the Gloaming.

The Gloaming is fascinating in part for what it is eliciting musically from Ó Raghallaigh and Martin Hayes: two very different creators getting their hands on the possibilities created in realtime by Thomas Bartlett, Iarla Ó Lionáird and Denis Cahill. As yet, the band may not be as musically adventurous as the other projects that Ó Raghallaigh or the others have been involved in, but because of the larger forces there is a sense that we are on the beginning of a longer journey, like a tall ship slowly easing its way out of the harbour, ready to discover previously un-thought of sights and sounds.

It is very possible that This is How We Fly and the Gloaming albums, along with Where the One-Eyed Man is King and Ó Raghallaigh’s many other creative recordings, will be there on the stands in the Community Hall at Scoil Samhraidh Willie Clancy this summer. In the past seven years, Irish traditional music has again moved, intriguingly, into new territory, embracing the new, finding new audiences – and it is Caoimhín Ó Raghallaigh – beginning with an album that he felt would struggle to find an audience – that may have started it all. 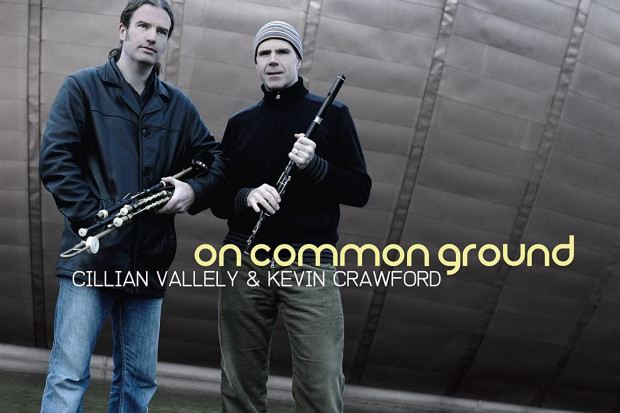