The Ulster Orchestra has announced Daniele Rustioni as its new Chief Conductor. The Italian conductor will succeed Rafael Payare in September.

Rustioni has also performed at Bayerische Staatsoper, Teatro alla Scala, Royal Opera House and Oper Stuttgart. In April 2017 he made his debut at the Metropolitan Opera.

Alongside his career as an opera conductor, he is in-demand as a conductor of symphonic repertoire, performing with the Indianapolis Symphony Orchestra, Philharmonia Zürich, CBSO and the Hallé.

Commenting on his appointment, Rustioni said:

I perceived a special connection with the Ulster Orchestra ever since I first set foot on the podium at Ulster Hall as a guest conductor a couple of years ago. Emotion and brilliance from the musicians combined with the Hall’s magical atmosphere allows the sound to soar from every instrument and envelope you completely.

And what can I say about the touching and exhilarating reception from the wonderful Northern Ireland audience? My heartfelt thanks go to Rafael for his great work and for his warm support in ‘passing the baton’. I am delighted and profoundly grateful to take the position of Chief Conductor with this fabulous orchestra and I can hardly wait to get started, sharing inspiring music, and collaborating with all the exciting projects that are already taking shape. It will be a thrilling adventure for all of us.

Rafael Payare has been Chief Conductor for the past five seasons. On Rustioni’s appointment, he said:

I am sure that Daniele is going to have a great time with the wonderful artists of the Ulster Orchestra, as well as with their enthusiastic and receptive audience. I have spent the last five years with this ensemble and it will always have a special place in my heart. We have shared unforgettable experiences together, and the musicians as well as the greater community in Northern Ireland have always made my family and me feel at home.

The announcement was made during the Association of British Orchestras annual conference, which has been taking place in Belfast since Wednesday.

For more on the Ulster Orchestra, visit www.ulsterorchestra.org.uk. 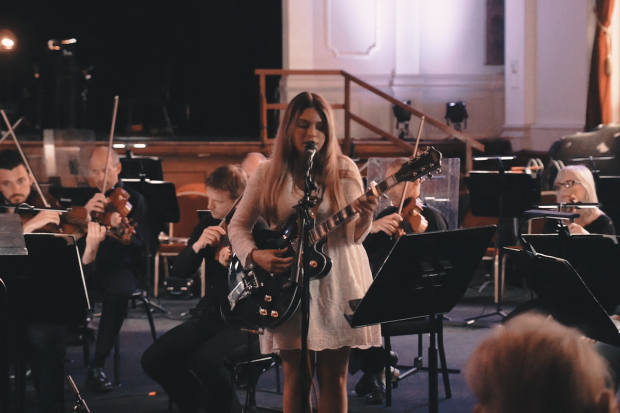