The Journal of Music is delighted to announce the successful applicants to our 2017 Music Writer Mentoring Schemes.

There are two separate schemes, supported by the arts offices of Clare County Council and Galway City Council.

Running over 12 months, the mentoring schemes’ first two workshops took place on 25 and 26 May in Ennis and Galway.

Each writer will now be assigned a music event to review over the summer and the Journal of Music editorial team will work with the writers towards publication.

Find out more about the participants in the Galway City scheme below.

Vincent Hughes is a writer, photographer and musician based in Galway. He graduated from NUIG’s MA in Writing in 2016, and he has written for AMBY (A Music Blog, Yea?), SIN (NUIG student newspaper) and The Thin Air. His poetry has been published in ROPES, and his pairings of poetry and photography have been featured by Dodging the Rain and An Ait Éile. He is also a live music photographer for The Thin Air, and recently began performing with Galway-based ambient folk musician AGU. Vincent’s musical interests vary, but he has a particular fondness for music that is evocative or innovative in nature, often drifting towards artists bearing the influence of post-rock and other experimental genres.

Shannon McNamee is a recent graduate of the MA in Arts Policy and Practice at NUI Galway and has a passion for two things – music and writing. Her interest in music was fostered at an early age when she was subject to a Bob Dylan and Fleetwood Mac household. At age 12 she picked up the guitar and her first job was teaching at the local Comhaltas Ceoltóirí Eireann in Drogheda. With experience as a writer and editor for NUIG student newspaper SIN and various other music and cultural websites, Shannon started writing about music during college as an escape from the endless essays that come with an arts degree. Now, post-college and post-essays, she enjoys her time by cooking, sampling the food joints of Galway and writing about new albums and gigs. Having volunteered at Louth festival Vantastival in 2012, Shannon now works with the team as Production Assistant.

Jake Morgan is an emerging composer and conductor from Galway who specialises in creating original music and audio for film, theatre and video games. He studied contemporary composition and sound design at the Royal Irish Academy of Music and Windmill Lane Studios, Dublin. His music has been performed by orchestras across the globe and has featured in renowned film festivals such as Cannes Film Festival, Cork International Film Festival, Polish International Film Festival and the Galway Film Fleadh. Next year, Morgan will achieve his masters degree in Composition for Screen from the University of Edinburgh. Jake regularly reviews concerts hosted by Music for Galway and has also written multiple film score critiques for Audio Dexterous.

Dylan Murphy is a Limerick native who has lived in Galway, Spain, Canada and, most recently, Cork City, where he has been wrapping up an MA in Music and Cultural History at UCC. A blogger, multi-instrumentalist and songwriter, Dylan has a passion for both music writing and writing music and in 2013 he started his own blog, Dyladvised Ramblings, featuring a number of self-published reviews, articles and academic essays on a range of topics. He has also written for several publications, most recently UCC’s award-winning Motley Magazine. Recently, Dylan started his own podcast Sharpen That Axe, dedicated to improving guitar proficiency, and he has played for a number of Galway-based acts including Steven Sharpe and My Fellow Sponges. As a solo artist Dylan has also played the Body & Soul festival as well as many stages at home and abroad.

Julie Seagrave has been actively involved in music all her life, from playing piano and guitar through her formative years and at university. In 2012 she graduated with a BA from UCD, and in 2014 obtained a BMus from the same college with an undergraduate thesis on feminist representations in popular music. Julie continued her academic career with an MA in Music and Cultural History in UCC, where a great deal of her studies focussed on popular musics and the relationship between music, other art forms and the societies from which they were fostered. Julie completed her master’s thesis on the music of the Native Tongues, an early 90s hip-hop collective from New York. Her musical interests are focused on hip-hop, rap, sampled based music and popular music. Julie is the current office manager at Galway Community Circus.

To read about the participants in the Clare County scheme, visit https://goo.gl/KXuZDJ

To find out more about the background to the music writer mentoring schemes, visit https://goo.gl/h7bEKN Christmas at the Journal of Music
Happy Christmas to all of our readers. Nollaig shona daoibh go léir. 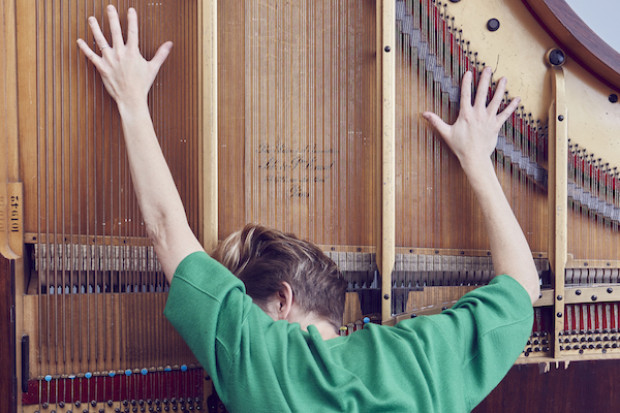