Every Character in Their Own Prison

Irish National Opera has begun 2022 with a staging originally planned for 2020. Vivaldi’s Bajazet, performed in collaboration with the Royal Opera, directed by Adele Thomas with the Irish Baroque Orchestra and a cast of six performers, was twice postponed due to the pandemic and has now finally seen its première – its first ever performance in Ireland – at the beautiful Solstice Arts Centre in Navan (18 Jan).

Despite INO’s promotion, this is really only somewhat a Vivaldi opera; it’s a pasticcio – an opera assembled from pre-existing arias by a variety of composers. Vivaldi’s own contributions include a three-movement sinfonia that opens the work, as well as many of the heroes’ arias (though not all were written for this work originally). It may seem like an odd idea, but then consider recent movie musicals that string out a story from the music of Abba or the Beatles.

The plot, which serves largely as a string to connect the disparate arias, is bonkers. Let me give it a shot: Tamerlano, the Turko–Mongol conquerer, has defeated and imprisoned the Ottoman Sultan Bajazet through an alliance with Bajazet’s enemy the Greek Prince Andronico. Bajazet’s daughter, Asteria, is in love with Andronico, though Tamerlano wishes to wed her, and offers Andronico political power if he gives her the message. He does, assuming that she will refuse. Instead Asteria agrees to marry Tamerlano – though secretly plotting revenge. Meanwhile, Tamerlano’s original betrothed, Irene, appears, and becomes furious when she learns that Tamerlano has decided to marry someone else, and has offered her to Andronico. In great opera tradition, she decides to disguise herself as her own servant in order to win back Tamerlano’s hand.

Phew. And that’s just Act 1. Later, there are imprisonments, poisonings, threats of execution, and pardons. The director Adele Thomas adds to this S&M fetishism, regicide, and more. This was the first staging I have seen by Thomas, though if it’s representative it shows a strong authorial voice, a willingness to treat a libretto with liberty, up to the point of altering the ending.

Minimal staging
The staging is as minimal as any I’ve seen from Irish National Opera – in fact, I’m struggling to recall any work I’ve seen recently, theatre or opera, so wholly confined. That it nonetheless gives rise to striking and memorable visuals is a credit to Thomas and the designer Molly O’Cathain. The stage is a five-sided gold box. In the ceiling is cut a large hole, through which hangs a hook the size of a church bell clapper. From the hook hangs a harness; from the harness hangs Bajazet.

Such is the production’s commitment to its minimalism that, in the third act, a banquet is represented by a single wine jug and glass. But ample space is given for the performers to embody the full physicality of their characters. And boy do they. Countertenor James Laing plays Tamerlano with obscene relish, wearing a robe over a bare chest and mocking, taunting, and groping enemies and allies alike. Bajazet, played by the leonine bass-baritone Gianluca Margheri, rumbles and roars, owning the stage even as he strains at his harness. His daughter Asteria, in ragdoll matchstick girl costume, races from one side of the stage to the other, hammering at the doors; her later movements are more controlled, more deliberate. Niamh O’Sullivan plays the role – arguably the nearest the work has to a central character – with her velvety voice concealing her contempt for those around her, though her face never does.

Nor indeed is that it for vocal fireworks. Every member of the cast gets at least one high wire vocal act – countertenor Eric Jurenas’ twitchy and self-conscious Andronico desperate to be heard over the closing curtains; Aoife Miskelly’s Idaspe – a confidant of Andronico, somewhat surplus to the libretto but given a more central role in the production – for the most part observing the action, but her voice silkily soaring; and, most flamboyantly, Claire Booth’s dazzling display of coloratura acrobatics. Hers is the opera’s most famous aria, ‘Sposa, son disprezzata’, as well as the athletic ‘Qual guerriero in campo armato’. Under Peter Whelan, conducting from the harpsichord, the small orchestra bounced along merrily, with Sergio Bucheli’s lute providing a nice timbral contrast to the strings and horns.

I’ve read more than a handful of opera programmes where the director states their intent but it’s been vague or hard to see in the final result. Not so with this; in the programme, the director referenced the influence of Covid and lockdown on the production. Every character in this opera is in their own prison, whether it’s a harness and hook or a gold box; whether it’s the psychological trap of revenge or the political trap in which you sacrifice yourself to gain station. In Thomas’ words, they are ‘bundles of frayed nerves… locked together in a near hysterical state of living trauma.’

The opera is a bit of a hodgepodge; its music is often dazzling but never deeply memorable; the characters are archetypes, and the narrative nonsense. It’s on performance and production that it succeeds, the cast meeting every technical, musical and performative challenge, and the concept providing unity and coherence. 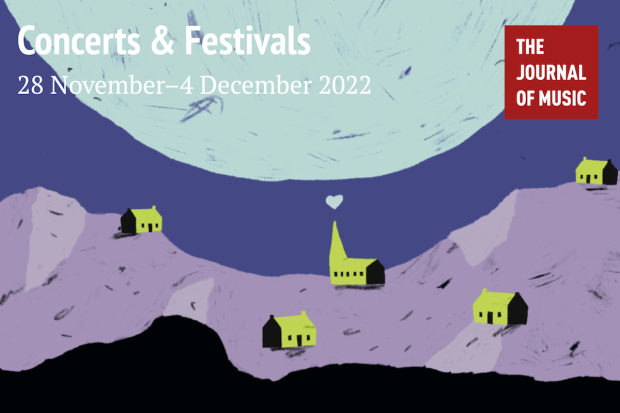 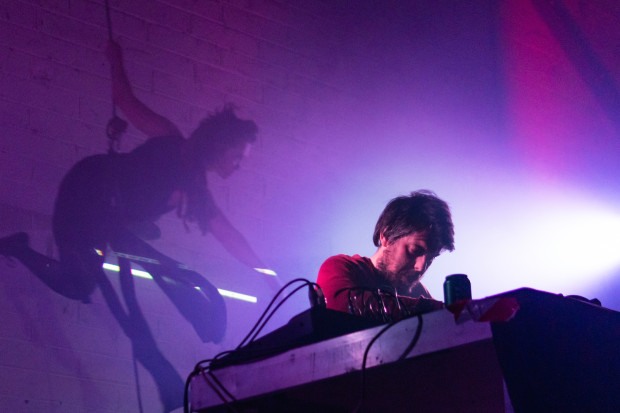