Rare is the opera heroine who is in charge of her own destiny. Rarer still is the opera named after its protagonist’s disguise. Beethoven’s Fidelio, the latest live production from Irish National Opera, which ran at the Gaiety theatre last week, is both.

Leonore, the wife of a political activist, has disguised herself as a young man (Fidelio) and got a job at a prison in order to find and free her husband. She has gained the approval of Rocco the chief jailer and, in a complication, the love of his daughter Marzelline. Eventually she discovers that her husband is secretly being held beneath the prison, and sets out to free him before the governor Pizarro – her husband’s enemy – can murder him.

Director Annabelle Comyn transposes the setting to a modern prison, using the opera to examine themes of imprisonment, freedom, and state power.

Throughout the performances that I’ve seen, Irish National Opera has shown a particular skill for choosing its lead performers, in particular its leading women. They maintain that trend with Sinéad Campbell Wallace, whose voice as Leonore is radiant and powerful. She finely balances the character’s contrasting impulses: her burning desire to find her husband and her guilt at what she needs to do to accomplish that – in particular in leading Marzelline (Kelli-Ann Masterson) on.

Supporting her was a solid cast, with the standouts being Daniel Sumegi’s conflicted Rocco and Robert Murray’s Florestan, who as Leonore’s imprisoned husband sings like a smouldering ember that bursts back to life, and in spite of the briefness of his part is a complement and a match for Campbell Wallace.

Naturally, the showpiece arias for Leonore and Florestan near the end of Act 1 and the beginning of Act 2 respectively allowed the singers time to explore the depth of their characters’ feelings: Leonore’s defiant hope and Florestan’s despair. But their duet at their reunion, embracing tightly and singing close to one another – accompanied by the Irish National Opera Orchestra under Fergus Sheil – was the most touching moment in the performance, the first opportunity to hear how well-balanced the pair was.

The spoken scenes of the libretto are translated with considerable liberty, with an eye to emphasising the director’s themes, into modern English. At times this works to its advantage, emphasising moments of humour (’Marcelline, I love you,’ the prison guard Jacquino (Dean Power) declares after the opening duet. She responds, ‘Okay?’). The aim, as much as possible, was to tell a modern story with old music, and the modernised dialogue helped with that.

I haven’t yet seen a performance by Irish National Opera that failed to impress me visually. Here, the Gaiety stage is used in three dimensions – the full width of the stage, of course, but also the depth. Often upstage was unlit, making it a void of unknowable, Kafkaesque prison from which the prisoners manifest, ghostlike. The production even exploits the height of the stage, with the prison represented as a two-tiered iron walkway.

Although in the moment, the performance felt as though they erred too much on the side of merely depicting prison abuses, without providing commentary or critique, on reflection some of the more complex symbolic choices work well. The nature of imprisonment itself is looked at through set design – it’s no coincidence that the most confined space in the performance is not the prison but Rocco’s office, a cage of glass walls and fluorescent lights. And at the conclusion, as the minister arrives Richard the Lionheart-style to free the prisoners and make everything right, the governor is hauled upstage and beaten with batons as the chorus shields him from view. In this telling, in other words, Pizarro (Brian Mulligan) is both villain and scapegoat.

As live music returns to viability it’s good to see Irish National Opera maintain its commitment to ambitious and relevant storytelling. This production of Fidelio emphasises aspects of freedom and imprisonment, the traps of conscience and of conflict, with the power of an autocratic state above them. Beethoven’s only opera is nominally a love story, but one in which he could emphasise themes of freedom, joy and democracy. Comyn’s production, with its morally ambiguous ending, manages to question those themes, but through the love story (and the fine lead performances) maintains the power of the work.

Irish National Opera’s forthcoming production is Peter Maxwell Davies’ The Lighthouse, which begins its nationwide tour on 20 November at An Táin Arts Centre in Dundalk, Co. Louth. For full details of the tour and booking, visit www.irishnationalopera.ie. 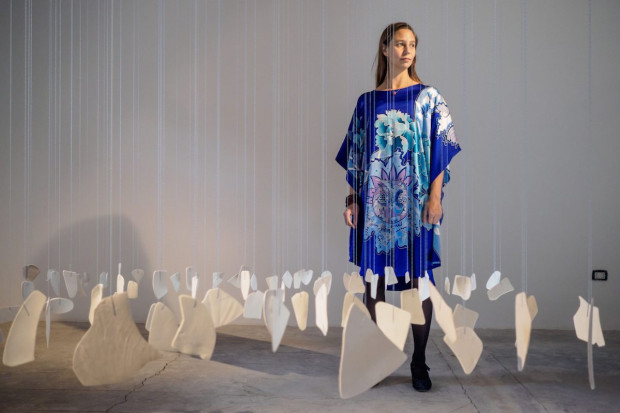 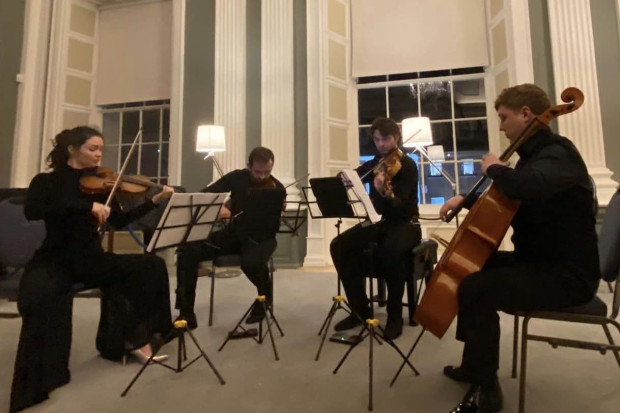