A young harper tuning up before performing at the Cruit Éireann, Harp Ireland gala concert in November.

The Harp and Soul of Ireland

Irish harping has been given recognition by UNESCO. It is an important moment for Irish music, writes Toner Quinn.

We are accustomed to ups and downs in Irish music. One minute we are celebrating the recipients of the TG4 Gradam Ceoil awards, the next we are campaigning to save Lyric FM. One day we are welcoming the arrival of an exciting new forum like the TradTalk conference, then in the same period we hear the news that Galway Jazz Festival is closing.

The lesson is that we should value artistic endeavour when it is there because it is fragile. Persistence against the odds is the status quo in the arts rather than a temporary condition, but perhaps that is why the achievements are so inspiring when they come.

It is worth marking today, therefore, the great journey that the Irish harping community has been on and the news yesterday (12 Dec.) that Irish harping has been inscribed on the UNESCO Representative List of the Intangible Cultural Heritage of Humanity. It is not only recognition of this tradition, it is a layer of national and international safeguarding that can protect it into the future. It follows the same UNESCO recognition of another great tradition, Irish uilleann piping, that was achieved in 2017.

Ascendance
For anyone looking at Irish traditional music from the outside, it may seem that its trajectory over the last seven decades has been one of unstoppable, gliding ascendance, but it is actually fuelled by tenacious individual and community effort – the simple qualities of hard work, long hours, always turning up, and supporting each other.

The challenge facing Irish harping was considerable just a few decades ago. Its numbers were small, it didn’t seem to fit in either mainstream traditional music or classical music, but then artists such as Máire Ní Chathasaigh and Janet Harbison emerged with new practices that could transcend these boundaries. Festivals and summer schools, such as Cairde na Cruite’s An Chúirt Chruitireachta, began to emerge. Laoise Kelly’s appearance on the River of Sound television series in the 1990s alerted a new generation to the music. By the 2000s, Irish harping was in resurgence, Ní Chathasaigh was given the TG4 Gradam Ceoil award and Michelle Mulcahy was named TG4 Young Musician of the Year (important to note too that it was the Lyric FM record label that released a collection in 2011 marking this renaissance). And if you attend a harping event today, the number of young harpers will be immediately noticeable. It has developed so much that just two weeks ago, at the Cruit Éireann, Harp Ireland gala concert, composer and harper Anne-Marie O’Farrell could premiere a new, sophisticated five-movement work written for almost forty harpers, many of whom were in their teens.

Community
A few years ago, I chaired a meeting of Irish harpers at the Arts Council, ahead of the Council’s commissioning of a report I wrote on Irish harping. I remember thinking afterwards what an impressive and creative community they were, and I imagined any art form would be fortunate to have them because of the impact they would have. Aibhlín McCrann, Siobhán Armstrong, Janet Harbison, Máire Ní Chathasaigh, Laoise Kelly – all are pioneers in the Irish harp world, and before them Mary O’Hara, Gráinne Yeats, Sheila Larchet Cuthbert and more. Now McCrann, as chair of the new umbrella body, Cruit Éireann, Harp Ireland, has spearheaded the recognition of Irish harping by UNESCO, in collaboration with the Department of Culture, Heritage and the Gaeltacht. It is a great example of ambition, of presenting a goal and inspiring a community to get behind it. To have both Irish harping and uilleann piping on the UNESCO list confirms our confidence in this music.

It is a significant moment for the harp in what has been a major year for the instrument. Kelly was recently announced as the TG4 Gradam Ceoil musician of the year, Clannad singer and harper Moya Brennan received a Lifetime Achievement Award at the RTÉ Radio 1 Folk Awards, Belfast harper Úna Monaghan was announced as the inaugural recipient of the Liam O’Flynn award, and, in May, the very first concerto for Irish harp and orchestra, Gealán composed by Ryan Molloy – and again commissioned by Lyric FM – was premiered by O’Farrell.

The Irish harping tradition is multi-faceted. It could not be any other way given that it is over one thousand years old. It comprises early Irish harping, modern Irish harping, harp making, composing, singing in Irish and English, transcription, research, improvisation, collaboration. The pedal harp, normally only associated with classical music, is also part of this story, and it continues today with young Belfast harpist Richard Allen giving an inspired performance at the gala concert two weeks ago.

Despite this range of traditions and practices in this music, the Irish harping community was able to come together in Cruit Éireann, Harp Ireland and work towards the common goal of the UNESCO recognition, just as the pipers did through Na Píobairí Uilleann. There is a lesson here for everyone in musical life, that the future is collaboration. We must consider what could be achieved if all of Ireland’s music communities, across all genres, came together with a common goal.

The harp is much more than a symbol for Irish people. As Irish harping continues to make its presence felt in cultural life it helps us to understand more about ourselves: how deep and diverse the roots of our musical traditions are, how connected we are to musical traditions around Europe, and how extraordinary things can happen through the tireless work of a community over decades. Congratulations to Cruit Éireann, Harp Ireland, the chair, committee and members, and all Irish harpers. 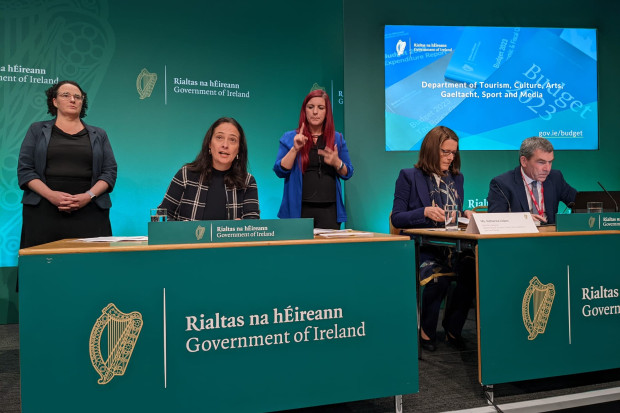 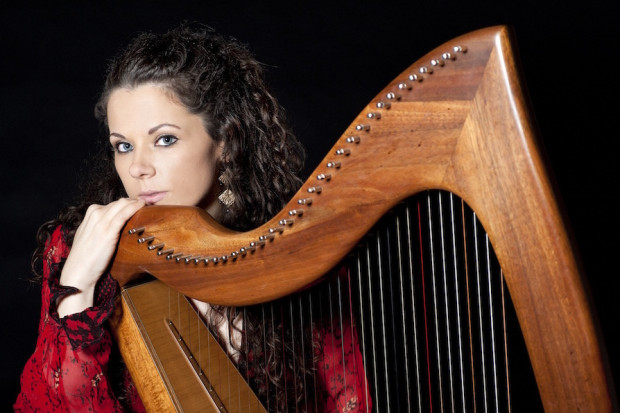