Tristan Rosenstock – co-founder of Trad Ireland and the TradTalk conference

‘I think it's time now for a wider conversation to happen’: TradTalk Conference in Dublin This Weekend

This Saturday 16 November at Dublin Castle, a conference on the traditional arts in Ireland will take place, organised by Trad Ireland, the organisation founded by musicians Tristan Rosenstock and Oisín Mac Diarmada.

’It’s unusual for an event like this to happen,’ Rosenstock told the Journal of Music. ‘Typically, practitioners in the traditional arts work independently. We don’t really have a kind of collective platform that we can tease out ideas…. This is a way of introducing something like that.’

Trad Ireland was launched in January of this year and has already established a year-long traditional arts residency in Sligo with fiddle-player John Carty and commissioned a major piece of research from Jack Talty into the supports available for traditional artists in Ireland. This Saturday at TradTalk, Talty will launch an online survey as part of the research.

The aim of the inaugural conference, says Rosenstock, is ‘to explore opportunities that could be introduced to enhance the traditional arts in Ireland.’

We’re bringing together people from the traditional music, dance and singing traditions, and also inviting people from overseas to get a sense of how we could all pull together a little bit more.

Schedule
TradTalk begins at 10am on Saturday with registration from 9.30am. There will be a panel discussion on residencies with Talty, Úna Monaghan, John Carty and Danny O’Mahony, followed by a session on support streams with Paul Flynn of the Arts Council, Sharon Rollston of Music Network and Marie O’Byrne of Hawks’ Well Theatre in Sligo. At 12pm there will be a public interview by Aoife Nic Cormaic of RTÉ Radio 1 with Martin Hayes and Steve Cooney.

In the afternoon, there will be a presentation by Dr Steven Hadley of NUI Galway on audiences, culture and democracy. At 2.45pm, there will be a panel discussion titled ‘The Next Steps for Dance’ with Edwina Guckian, Breandán de Gallaí and Sibéal Davitt. This will be followed by a discussion with concertina player Alistair Anderson from England and bouzouki player Jamie McMenemy from Brittany on the supports for the traditional arts in their respective countries. The conference will conclude at 4.15pm with a panel discussion titled ‘Expanding Horizons in the Traditional Arts’ with Muireann Nic Amhlaoibh, Cormac Breatnach and Toner Quinn.

Rosenstock and MacDiarmada were encouraged to start Trad Ireland through their experiences of working as musicians (they are both founding members of the group Téada) and through having conversations with other artists over the years, but also by recent initiatives in Irish theatre.

‘I think it’s time now for a wider conversation to happen,’ says Rosenstock.

We saw that there was strength in unity when our colleagues in the theatre community decided to get together and speak with one voice on certain matters in the last few years. … This strength in unity allows people to put recommendations to the powers that be. It can – it doesn’t always – but it can bring about change … It seems to me that momentum is building for the traditional artists to get together and try to see if we have common voice that would be of benefit.

TradTalk takes place in the Hibernian Conference Centre in Dublin Castle this Saturday 16 November. Registration is from 9.30am and the event begins at 10am. Tickets are €10 and available here. For more on Trad Ireland, visit www.trad-ireland.com. 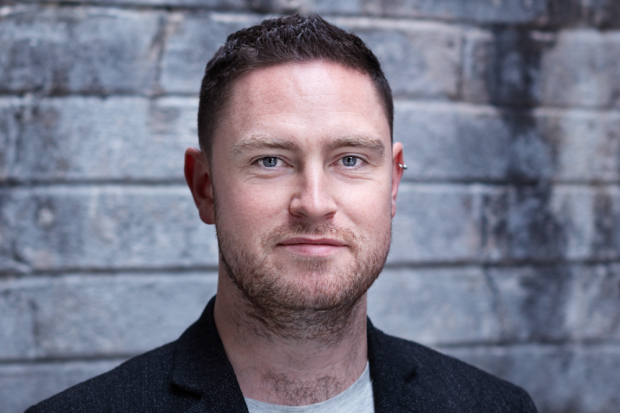 Jack Talty Appointed Lecturer in Irish Traditional Music at UCC
The concertina-player from Clare is also founder of Raelach Records and author of the 2020 report 'Navigating the Traditional Arts Sector in Ireland'.